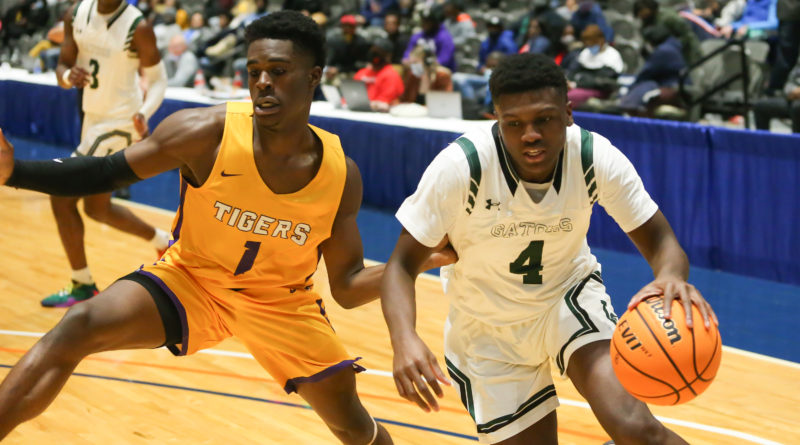 JACKSON — Lake Cormorant coach Bryant Worsham was worried his Gators were due for a let-down in the semifinal round of the MHSAA 5A basketball tournament against a feisty Hattiesburg team.

They were playing in the “Big House” for the first time and coming off a win over the perennial favorite to win it all, Callaway, in the quarterfinals.

But as the old saying goes, defense travels.

The Gators did just enough to get by the Tigers, 56-51, on a slow shooting night for both teams and earned a berth in Friday’s 5A State Championship game in the process. They’ll face either Forest Hill or Holmes County Central in the title game.

“I thought we might come out flat, and we did a little bit,” Worsham said. “But luckily we hit enough shots to win the ball game. It was a lot more stressful than I would have liked, but we’re thrilled to be moving on.”

The Gators held commanding leads for much of the evening. They led 17-14 after the first quarter, but created some separation in the second and led 28-22 at the halftime break.

The third quarter was a disaster for Hattiesburg (13-7). After cutting the Lake Cormorant lead to 30-27 in the first two minutes, the Tigers failed to score in the final 5:22 of the quarter and fell behind 41-27.

The Gators could have easily put the game away in the fourth quarter, but made just 6 of 12 shots from the charity stripe down the stretch. Hattiesburg trailed by just three — 54-51 — with 7.7 seconds left when Gator senior Keithean Brooks finally put the game away with a couple of free throws that put them ahead by five.

“We’re pretty solid defensively when we get it going,” Worsham said. “And that was crucial tonight, because the shots just weren’t falling for either team. When it comes to the free throws, we’ve just got to focus and do a better job of converting when we get those opportunities.”

The loss ended a fairly impressive post-season run for Hattiesburg. The Tigers won at Natchez, at West Jones and then knocked off Pascagoula down on the coast to get here.

“At the end of the day, it just wasn’t meant to be,” Hattiesburg coach Ernie Watson said. “The shots just did not go in for us tonight. But I’m proud of the team and of how we finished the season. The guys really started listening and bought in to what we were trying to do and we played some great basketball down the stretch.”