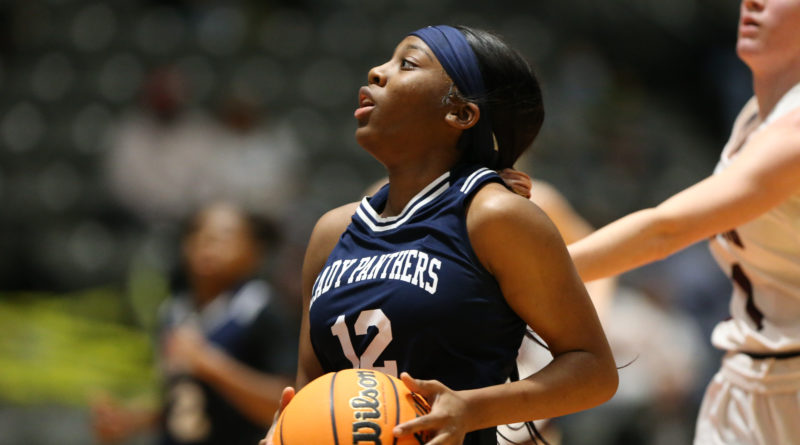 JACKSON – Tydajasha Hood scored 17 points to lead West Lowndes to a 44-40 victory over Biggersville in the MHSAA 1A girls basketball state semifinals Monday morning at the Mississippi Coliseum.

West Lowndes led 27-16 entering the fourth quarter and held off a furious rally from Biggersville. The Lions came all the way back to take a one-point lead, 40-39, with just over a minute to play, but the Panthers scored the final five points of the game to pull out the victory.

West Lowndes will play Ingomar for the 1A state championship on Thursday at 1 p.m.