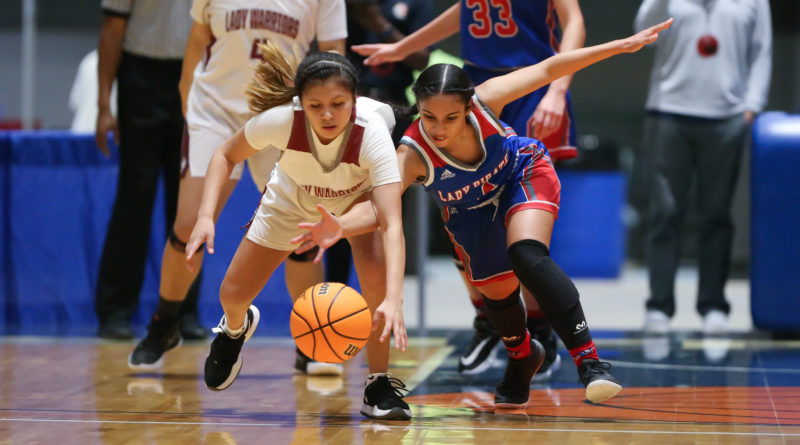 JACKSON — The miniature drought is over.

Behind the play of Meloney Thames and Carly Keats, Choctaw Central ran past Pass Christian 72-49 in the semifinal round of the MHSAA Girls Class 4A Playoffs on Monday afternoon at the Mississippi Coliseum.

The Lady Warriors (25-3) will face Pontotoc for the Girls Class 4A State Championship on Thursday night at 5 p.m. The last time Choctaw Central reached the championship game was 2018.

“When we usually make that first shot, we usually get off to a pretty good start,” said ninth-year Choctaw Central coach Bill Smith. “I thought Meloney and Carly played really well offensively.”

It was all Choctaw Central from the start as the Lady Warriors raced out to a 25-10 lead at the end of the first quarter.

The Lady Warriors opened the second quarter on a 9-0 run to extend their lead to 34-10. Choctaw Central held a controlling 46-19 lead at halftime.

In the third quarter Pass Christian cut the lead down to 17 points at 50-33 midway through.

But Thames hit a three-pointer, quickly got a steal and hit another three-pointer to give the Lady Warriors a 62-35 lead at the end of the third quarter to seal it.

“The first thing about Meloney is she can fly and she’s been playing four years for us,” Smith said. “When she’s on she can shoot lights out.”

Thames finished with a game-high 30 points to lead Choctaw Central.

“We started off really good and we were making shots. We played really well as a team,” Thames said. “We haven’t made it to the championship in three years, so we’re excited to play for a title.”