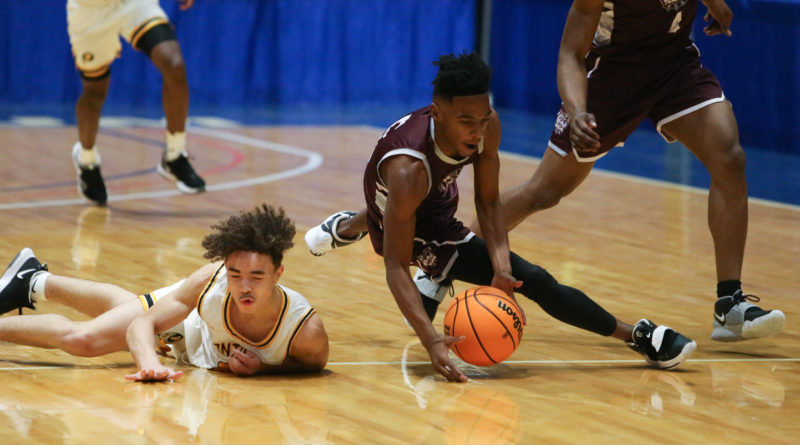 JACKSON — As time ran short on Monday’s 4A boys semifinal between Lanier and Pontotoc, you just got the feeling it was going to come down to the last possession.

And then it did.

Lanier’s Damaurion Edwards caught the baseline inbounds pass with 3.5 seconds left near the right sideline, about 30 feet from the basket. With his momentum coming back to the ball, Edwards took a big dribble to his right and stepped into his shot from the right wing, just behind the 3-point line. He watched the net swish as the buzzer sounded, giving Lanier the 60-57 win in overtime in the semifinal round of the MHSAA Boys Class 4A Playoffs at Mississippi Coliseum.

“The coaches told us it was going to be a fight from start to finish and I give (the credit) all to them,” Edwards said. “The play was just instant. We had to get the ball in before the five-second call, and for it to be the last shot, it had to be taken.”

The Bulldogs (17-4) will face Region 6-4A foe Raymond for the Class 4A State Championship on Thursday night at 7 p.m.

As they were in the first three rounds of the tournament, the Bulldogs were without coach Lawrence Clark, who remains in the hospital while battling pneumonia.

“Those guys play with a heart and it took heart to step up to make a shot like that,” said Lanier interim coach Rafael Anderson. “We’ve been preaching all year to work through whatever happens during the game and step up.”

The game was tight throughout, with Pontotoc holding a slim 14-10 lead at the end of the first quarter. Lanier scored 20 points in the second quarter to take a slim 30-27 lead at halftime. The Bulldogs took a 40-39 lead into the fourth quarter.

“I was hoping my brothers got my mind and just finish the game, and they did,” said Shaw, a Jones College football signee. “Nothing is given so if you want it you have to go take it and we did.”

Rock Robinson had 15 points to lead Pontotoc. He made one of two free throws with 16 seconds left in overtime to tie the game at 57-57. Dajerious Scott added 13 points for the Warriors (28-4).