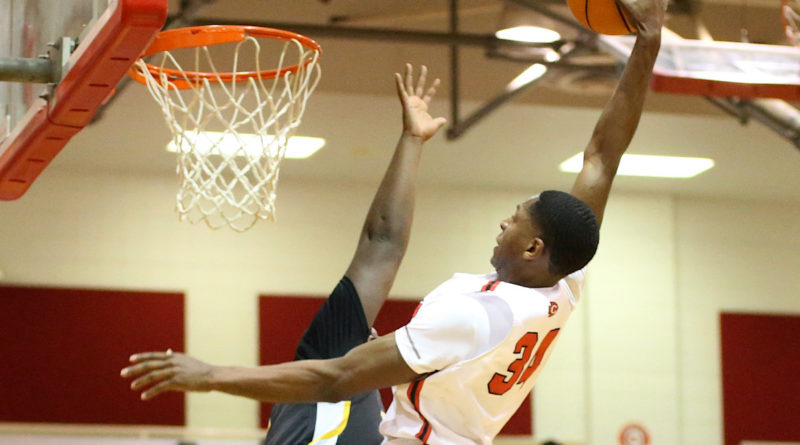 CLINTON — There are reasons Clinton has been ranked among the top teams in the state all season, and they were all on display in their 6A State Tournament opener against Hernando Thursday night.

Devin Bass came out hot to give the Arrows some cushion, Kimani Hamilton drove to the basket effectively and found open teammates and Jeremiah Williams closed out the 73-49 rout with a couple of huge dunks.

“For us, the last two weeks have been about avoiding injuries, getting everyone back healthy and having some time to collect ourselves and readjust our focus,” Clinton coach Robert Green said. “I was proud of the way we played tonight.”

With the win, the Arrows (18-1) advanced to the third round of the MHSAA 6A Boys Basketball State Tournament. They’ll travel to Tupelo Saturday with a trip to the tournament semifinals in Jackson on the line.

If they keep playing like they did Thursday, they’ll be tough to beat. Clinton got contributions from 10 different scorers. Foster and Bass both scored 11 points, and Hamilton chipped in 10.

Clinton raced out to a 20-2 lead in the first quarter and never really looked back. Hernando cut the Arrows’ lead to 10 at one point in the second quarter, but that’s as close as it got.

Hernando’s season ended with the loss. Josh Williams led the way for the Tigers (11-17) with 13 points, and Dezmon Cummings scored 12.

The top-ranked Arrows seem to have a spring in their collective step since their first loss of the season to Vicksburg back on Feb. 2. They swept through the Region 4-6A Tournament with back-to-back wins over Warren Central and Madison Central before dominating Thursday’s game.

“It didn’t really change anything for me,” Foster said. “It’s always been about playing as hard and as well as we can play, and that’s what we have to continue to do. It doesn’t really matter who we get next, because we aren’t afraid of anyone. We just gotta do what we do.”

The road trip to Tupelo will serve as the next test.

The Golden Wave (14-6) are winners of six-straight following Thursday’s 78-69 win over Oxford, and Green said Thursday he thinks his team has grown to the point that they are ready to play the man in the jersey, rather than the name of the team on the uniform.

“At this point in the season, everyone is just fortunate to still be playing,” Green said. “Whoever (we face next) will have the same amount of time to prepare as we will have — one day off and then you’re back in action. It’s on us to use the time we have to prepare as well as we can, then go out and play.”