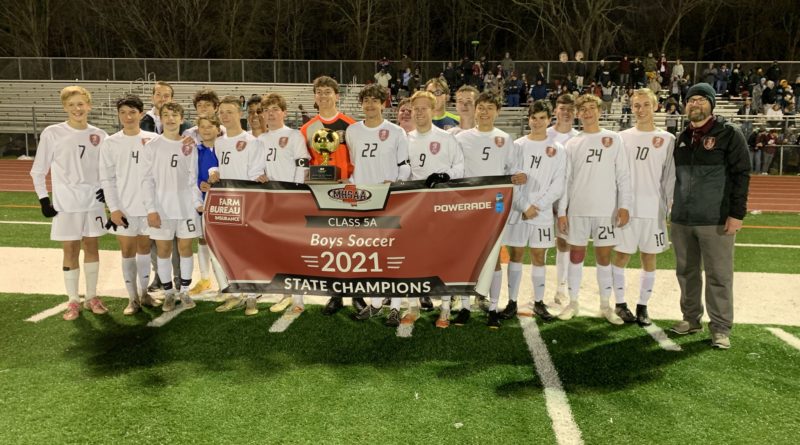 MADISON — The fourth time was the charm.

Behind the play of Carlos Torres and a stingy defense, Long Beach outlasted Center Hill 3-1 to claim the MHSAA Class 5A boys soccer state championship at Madison Central on Saturday night.

It was the Bearcats (11-2-1) first state title in school history. Long Beach had been the Class 5A runner-up in each of the last three seasons, including to Center Hill last year.

“Coming into it — with the challenges throughout the season — the kids were prepared for this rematch.,” said Long Beach coach Andee Blaine Wilburn. “I’m proud of them, and we finally got it done after three years in a row of coming up short.”

It didn’t take long for the Bearcats to get on the board, as Torres would scored in the third minute of the game off a poor clearance by the Center Hill goalkeeper to give Long Beach a 1-0 lead.

Nine minutes later Ethan Myers scored on a long shot in the upper left corner of the goal to extend the Bearcats lead to 2-0.

“We knew going into the game we had to put some pressure on them in places where we thought we could’ve, and we did,” Wilburn said. “We had a lot of young guys playing, and over the course of the last three seasons we had to pick our game up and finally come through.”

The score remained 2-0 until there were just over nine minutes left in the second half, when Torres scored his second goal off a deflection to give the Bearcats a 3-0 lead and seal the game.

“It feels good to score two goals in the state championship,” Torres said. “My teammates were there for the passes and I just finished. The last three years, we’ve been going home with tears, and I’m proud for my senior year we win a state championship. It’s for the players from the past that came up short.”

Ivan Gonzalez scored the lone Center Hill goal with three minutes left in the second half. The Mustangs finished the season 12-5.

“They came out and played a lot faster than we did,” Center Hill coach David Hoggatt said. “We knew they were going to be hungry after coming up short the last three years. We got behind early and we could never catch up.”