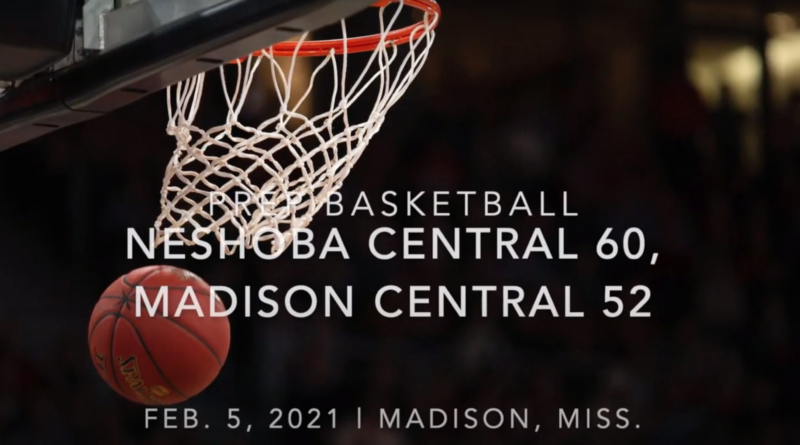 After signing with Auburn to play football, Hunter helped Neshoba Central get past Madison Central 60-52 in both teams’ regular season finale on Friday night.

It was designed to be a tune-up game for region tournaments, which begin next week, and Neshoba Central coach James Cruise said he liked what he saw.

“I was excited the way our kids competed tonight, and I feel like this is the first time we played four quarters of competitive basketball on the defensive end,” Cruise said. “We’ve had breakdowns throughout the year, but we’ve been focusing and working hard, so hopefully we can carry this on into the district tournament.”

The second quarter was back-and-forth, and it ended with Neshoba Central holding a slim 30-29 lead at halftime.

The Rockets opened the third quarter on a 9-0 run to extend their lead to 39-29. Neshoba Central held a 46-40 lead at the end of the quarter.

Midway through the fourth quarter, the Rockets went on another 9-0 run to go up 58-45. They held on from there.

“We were patient, we executed and we realized some mismatches we had to take advantage of,” Cruise said. “Jarquez Hunter took advantage of a lot of things at the basket and played well.”

Bryceton Spencer had 16 points to lead Neshoba Central, while Hunter finished with 12 points and Elijah Ruffin chipped in 11 points for the Rockets (11-14).

“Neshoba Central had a really good game plan and spaced the floor really well,” said Madison Central coach Tim Speech. “They controlled the tempo of the game and we had spurts, but came up short. We now know everyone is 0-0 and now is the time to make a run in the tournament.”

Madison Central plays Murrah at 5 p.m. on Tuesday in the Region 4-6A tournament, while Neshoba Central is hosting the Region 3-5A tournament and will face Holmes County Central on Monday at 7:30 p.m.

Jackson State signee Kennedy Ransom had a game-high 25 points as the Lady Jaguars got past the Lady Rockets. Jacelyn Ross added 14 points for Madison Central (17-2).