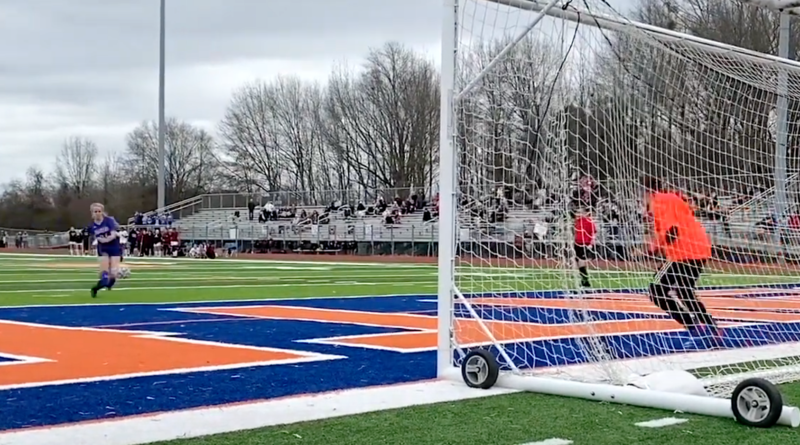 Madison Central sophomore Mary Jackson Brown booted home the game-winning penalty kick against Germantown Saturday in the MHSAA 6A girls soccer playoffs — and it was oh-so-close.

With the shootout tied 3-3, Brown’s kick hit the crossbar and appeared to shoot straight down and bounce forward, out of the net. But the official on the spot said the ball hit behind the line and called the goal good, giving Madison Central the 4-3 shootout win.