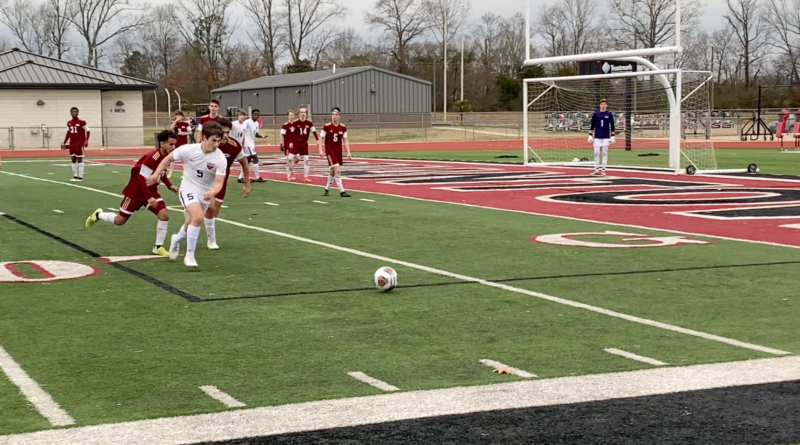 GLUCKSTADT — The first two rounds of the 6A North State playoffs have been anything but suspenseful, but that’s just fine with coach Tyler Wade.

Wade’s Arrows picked up their second 4-1 win of the playoffs Saturday, beating Germantown after dispatching Lewisburg by the same score earlier in the week.

“We’ve faced our share of diversity,” Wade said. “We started off 0-2 in the district and we had to climb our way out of that. We had to win four straight. So I definitely prefer it this way.”

Saturday, it was sophomore forward Tanner Jones who did the heavy lifting, scoring the hat-trick in his first game at full strength after suffering a fractured bone in his hip earlier in the season.

All three of Jones’ goals came off assists from Carson Barefoot, and Jarrean Hoskins scored the other goal for Clinton.

“I was just fortunate to be in the right place at the right time,” Jones said. “My teammates did most of the work. … I tried to give my hip as long as I could (to heal), but I can definitely still feel it when I’m out there. It wasn’t too bad today.”

With the win, Clinton moves into the 6A South State Championship. They’ll host a familiar foe when Madison Central comes calling Tuesday night with a trip to the state championship on the line.

“They were definitely the team we were worried about the most in our district,” Jones said. “But we played them hard the first two times, and hopefully we’ll be able to go 3-0.”