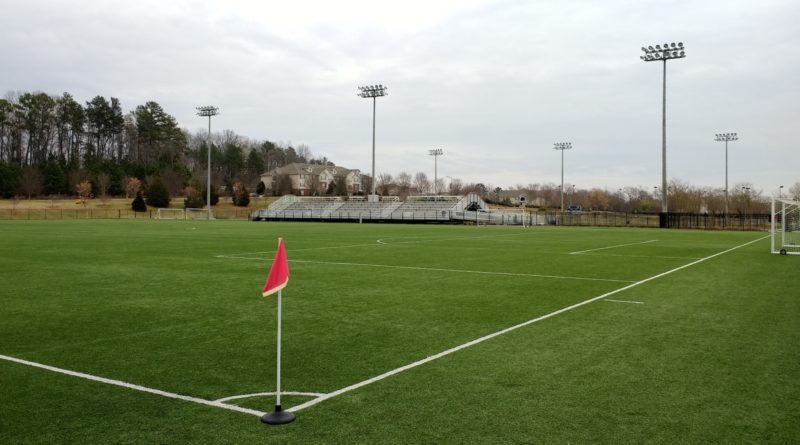 MADISON — Scoring chances were at premium for Saltillo, but when it mattered most, they took advantage of their opportunity.

Sammy Gallardo found the back of the net in overtime and that’s all the Tigers needed as they held on to beat Ridgeland 1-0 in OT in the first round of the MHSAA Boys Class 5A Soccer Playoffs at Madison Central on Wednesday night.

The Tigers (11-8) will now host New Hope in the second round of the Class 5A playoffs on Saturday.

“I knew going into the game it was going to be strength on strength. Ridgeland is a really quick team with fast players up top,” said Saltillo coach Matthew Reeder. “A lot of back and forth and we were lucky to break towards the end with a good look on frame and just finished it out.”

Gallardo, an Itawamba Community College signee, scored off a pass from Andy Buchanan on a breakaway with just over three minutes left in the first 10-minute overtime, and his shot reached the far corner of the goal and went in.

“Had the opportunity there and I told the guys at halftime that if we continue with the counter attacks we’re going to get those looks,” Reeder said. “We had to be patient and push the ball. We’ve been talking about it all year you want to be the best team playing well at end of the season.”

Gallardo had a goal taken off the board late in the second half off a corner kick due to committing a foul while going up for the ball.

Gallardo is in his first year starting and was a part of the last time the Tigers were in the playoffs in 2018. Saltillo won the state championship that season.

“I was cramping the whole game,” Gallardo said. “So I had to jump to avoid the slide tackle on the defender and then I was 1-on-1 with the goalie. I just took the shot and luckily it went in.

“It was a tough game. Both teams had chances in regulation to score, but we kept fighting and finally got that goal. The last time we were in a playoff game, we won state. I was a freshman then, so giving my team the chance to win and move on is great.”

Ridgeland had 13 shots on goal. Dani Ramirez had a one-on-one situation but the Saltillo goalkeeper came up with the save.