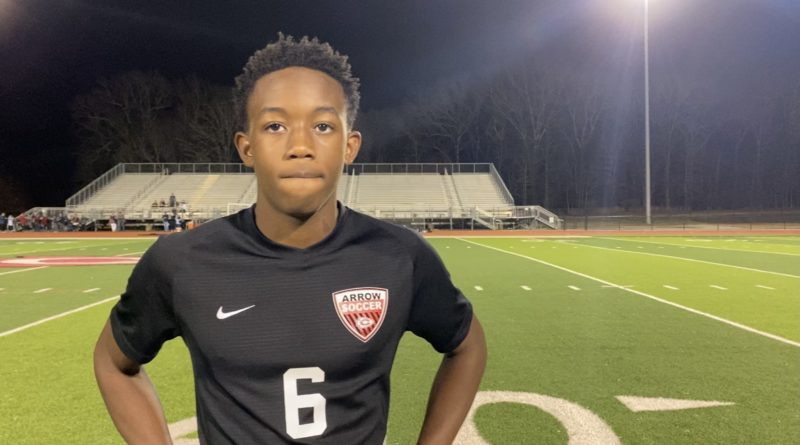 CLINTON — The playoffs are just kicking off, but if Tuesday night is any indication, the Clinton boys appear ready to make some noise.

The Arrows (11-4-3) got three second-half goals to surge past Lewisburg 4-1 and into the second round of the MHSAA 6A soccer playoffs.

With the win, Clinton advances and will host Germantown in the second round Saturday.

“We didn’t really set the tone like we had planned to, and kind of had to keep fighting,” Clinton coach Tyler Wade said. “Really proud of our guys for going down and staying in the game. They kept pressing and we put them away like we should have.”

Lewisburg struck first in the opening minutes with a goal off the foot of junior Gage Lashlee, and the Patriots (7-7-4) held on to the lead for most of the opening period.

But Clinton got the equalizer in stoppage time when Lewisburg was called for a handball, setting up a penalty kick for Clinton junior Luke Hopkins. Hopkins went left and had great touch, easing it past Lewisburg’s splendid senior keeper Jason Hoffman.

Lewisburg came out with a spark to start the second half and had its opportunities to score, but the Arrow defense held strong.

Clinton took a 2-1 lead eight minutes into the second half on another dead-ball play, when senior Jarrean Hoskins drilled a goal from 25 yards out after another Lewisburg penalty.

“I had a kick just like that one against St. Andrew’s down here on the other end (of the field),” Hoskins said. “So I knew I’d already hit it once, I figured I would just try to do it again. I don’t really know what was going through my head.”

Whatever it was, it worked.

Clinton poured it on from there, adding two goals off the foot of senior Carson Barefoot in the final 10 minutes to put the game out of reach.

The win was the Arrows’ fifth in their last six outings, and that run includes two wins over Madison Central and another against St. Andrew’s.

When asked if he thinks his team is peaking at the right time, Wade didn’t mince words.