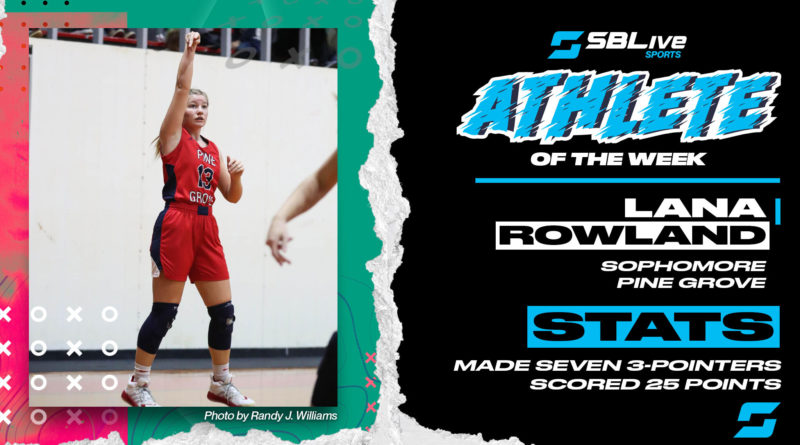 Rowland made seven 3-pointers and scored 25 points to lead Pine Grove to a 65-59 win over Biggersville.

Rowland received 29.84% of the vote, beating out Columbus’ Myra King who finished with 22.74%. Northpoint’s Leah Jones finished third with 19.23% and Pontotoc’s Samya Brooks was fourth with 12.2%. There were over 24,000 votes tallied this week!

Myra King, Columbus: King drilled a pair of key 3-pointers in the third quarter to help No. 4 Columbus pull away from New Hope for a 39-25 victory.