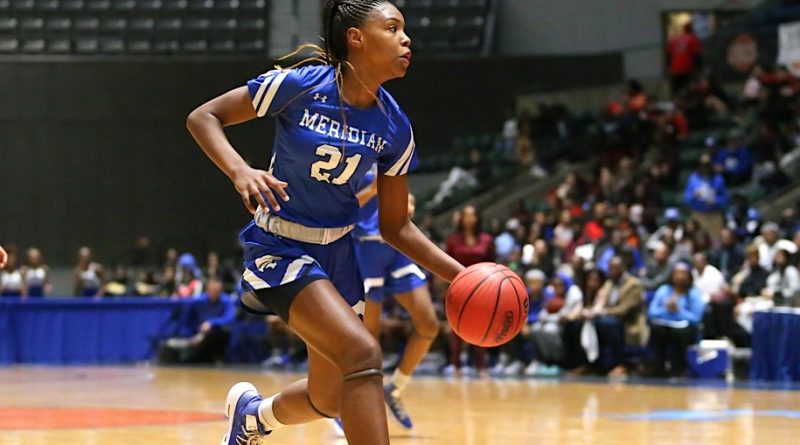 The Wildcats just keep rolling. They steam-rolled rival Oak Grove 52-15 Tuesday before having Friday night’s game against George County postponed. Up next is a huge challenge against defending state champion and current No. 2-ranked Olive Branch Tuesday night.

The Conquistadors routed Lewisburg 82-25, then handled business against DeSoto Central in a ho-hum 69-54 win. They’ll get a huge step up in competition Tuesday when they host top-ranked Meridian.

The Admirals had a busy week — they survived a serious scare against Hancock, but picked up the 36-34 win over the Hawks in overtime, then turned around and beat West Harrison 84-21. Their winning streak is now at 15 games.

The Bulldogs put the beatdown on Terry in their only game last week, winning 70-38. Gabrielle Collier is averaging 18.4 points a game and looks like one of the best players in the state, but she’s getting more and more support as the season progresses.

The Braves have played five games in 2021 and their slimmest margin of victory is 14 points. Last week, they beat Saltillo, North Pontotoc and Ripley by a combined 64 points.

Laurel took care of business with a 71-53 win over Brookhaven to start last week, but had their second game against South Jones postponed due to quarantine protocols related to COVID-19. The Tornadoes return to action Tuesday against that same Brookhaven team.

The Warriors look to be back on track after beating Leake Central and Northeast Lauderdale handily last week to run their winning streak to five games. Choctaw Central has already beaten every team remaining on their schedule, except for Tuesday night’s opponent, Louisville.

The Rockets picked up a big 77-74 win over Pearl early last week, but dropped their first game in a month and a half Friday night with a 54-51 loss to Cleveland Central on the road. They’ll get another shot at the Wolves (7-1) this week.

Belmont beat Nettleton handily on Tuesday and survived a close game with Amory with a 45-42 win Friday. The Cardinals have not lost to a team in Mississippi this season and appear ready to challenge for their first state championship since 2015.