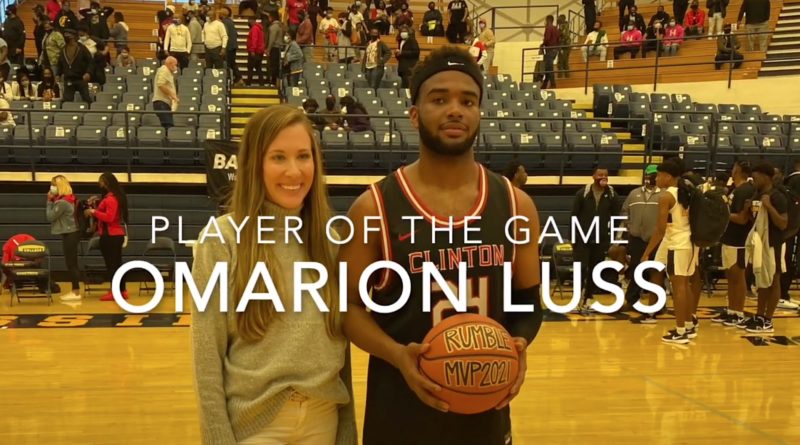 CLINTON — It wasn’t about revenge, but that’s exactly what top-ranked Clinton got against No. 3 Starkville on MLK Day.

Behind the shooting of Omarion Luss, No. 1 Clinton held off Starkville 68-60 at the Rumble in the South at Mississippi College’s A.E. Wood Coliseum. It was the first time the two teams have met since the Yellowjackets knocked the Arrows out of the playoffs in the third round a year ago.

“It was actually a great game and the outcome played out the opposite way than it did the last time we played,” said Clinton coach Robert Green. “At this point neither one of us have played in as many games as we’re used to playing. This was about getting better teams in to play, because we know in two weeks the playoffs start.”

Their lead was in the single digits for much of the afternoon, but Clinton (11-0) never trailed.

The Arrows jumped out to a 15-6 lead to begin the game, but Starkville ended the quarter on an 8-2 run to cut the Clinton lead to 17-14 at the end of the opening period.

Luss scored 11 points in the quarter for the Arrows.

After halftime, Starkville took advantage of miscues that led to turnovers, and the Yellowjackets cut it to 54-49 at the end of the period. They pulled within one with a quick 5-0 run to start the fourth quarter, but Clinton responded with five-straight to regain the lead 59-54.

The Arrows ended the game on a 7-2 run to put it away.

Luss finished with a game-high 23 points to lead Clinton and was named the game’s Most Valuable Player.

“I told the guys to just stay calm and do what we normally do,” Green said. “Omarion has a heart of a champion. He carries the team and he’s the leader.”

Allen Hughes and Kimani Hamilton added 12 points each for the Arrows.

“I was  just really playing hard and when I had the looks I shot it,” Luss said. “We’re playing with a lot of energy and we got to keep getting better.”

Jarmarvious Phillips had 17 points to lead Starkville, while Coltie Young added 11 points for the Yellowjackets (13-2).

“We gave away too many points and missed entirely too many shots,” said Starkville coach Greg Carter. “Clinton is the top team in 6A for a reason. They’re talented and well coached and we got a lot of work to do.”