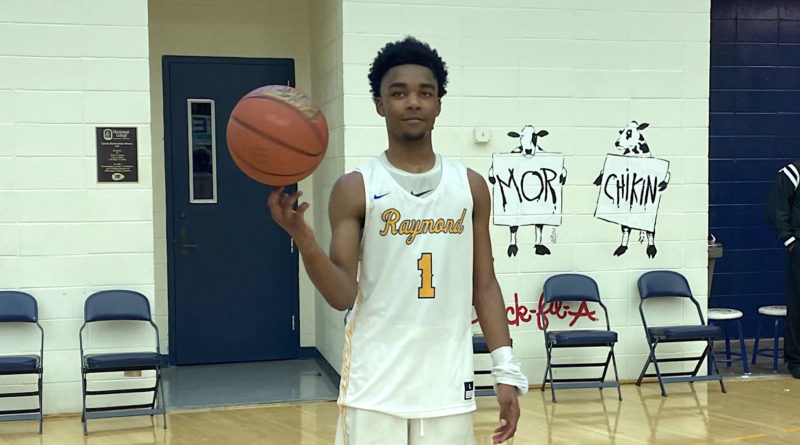 CLINTON — Raymond coach Tony Tadlock wouldn’t trade his guard tandem of Jabarie Robinson and Tremaine Dixon for any two guards in the state.

After Monday night, it’s hard to argue with him.

Behind the play of Dixon and Robinson, the eighth-ranked Rangers became the first team in Mississippi to knock off Madison Ridgeland Academy with a 74-66 win in the Rumble in the South at Mississippi College’s A.E. Wood Coliseum.

“We go as they go,” said Raymond coach Tony Tadlock. “Good win on a neutral site against a really good MRA team. We love coming here because it’s always a tough game outside of district play.”

Both teams came out firing in the first quarter, which ended with MRA on top 24-18.

The second half was much tighter until the very end, but every time MRA would cut the lead down to either two or three points, Raymond would have an answer. The Rangers held a 56-51 lead at the end of the third quarter.

MRA got it to 65-60 with just over three minutes to play, but Robinson and Dixon buried all their free throws down the stretch to put the game away.

“I’ve got a young team for the most part and we’re used to playing in big arenas and as long as we remain calm we are in a good shape,” Tadlock said. “Tonight we were able to have one of those runs and came away with a win. I love our guard play and I wouldn’t trade them for anything.”

Robinson had 19 points, five rebounds, five steals and four assists to lead Raymond and was named the game’s Most Valuable Player.

“It was a good game between two of the best guards in the state with me and Josh Hubbard,” Robinson said. “I feel like I could’ve played better on defense and should’ve made more shots.”

Phillip Hughes had a game-high 22 points to lead MRA, while Harrison Alexander added 19 points for the Patriots (18-3).

“I think it was a fun up-and-down game between two good guards,” said MRA coach Richard Duease. “We missed five easy lay-ups and had too many turnovers, so hopefully we can bounce back tomorrow against JA.”