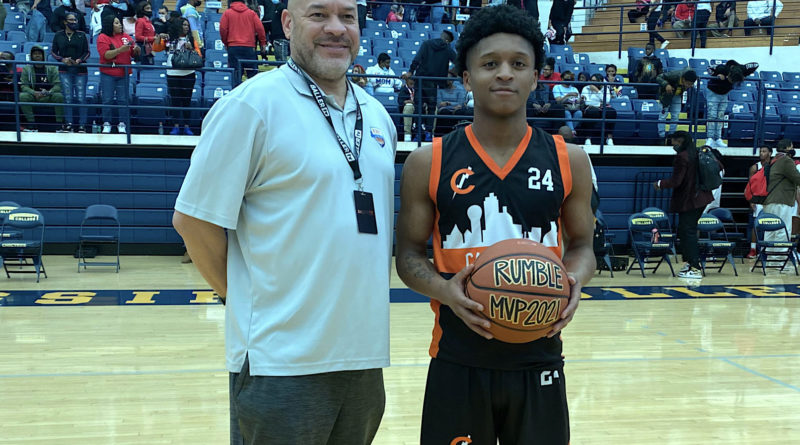 CLINTON — Callaway coach David Sanders has coached some pretty good guard combinations over the years, but he admitted Monday he would be hard-pressed to come up with a tandem as good as Daeshun Ruffin and Keivion Hunt.

The dynamic duo put on a show Monday at AE Wood Coliseum on the campus of Mississippi College in the annual Rumble in the South event, combining for 59 points in an 85-65 win over Harrison Central.

Callaway got 19 points off turnovers and found success scoring in transition, with 11 buckets coming via the fast-break.

“We just wanted to come out and enforce our will,” Ruffin said. “And that’s what we were able to do. We’ve played well so far, and I think that goes back to the hard work we’ve put in as a team.”

Ruffin, who led all scorers with 35 points, was named the game’s MVP. But Hunt was just as productive, pouring in 24 points to go with eight assists, seven rebounds and three steals. Marquise Nichols chipped in 14 points.

“If Daeshun is the car, then Keivion is the engine,” Callaway coach David Sanders said. “He’s so important to what we do. If I was playing us, I would double Daeshun, but if you do, Keivion is more than capable of beating you.”

Harrison Central searched for an answer for the duo, but came up empty.

The state’s second-ranked college prospect, big 6-foot-6 and 230-pound Red Rebels forward Carlous Williams, scored 11 points to go with 10 rebounds, but missed five of his seven free throws and was out-rebounded by Callaway’s Anthony Richards, who grabbed a game-high 14 boards.