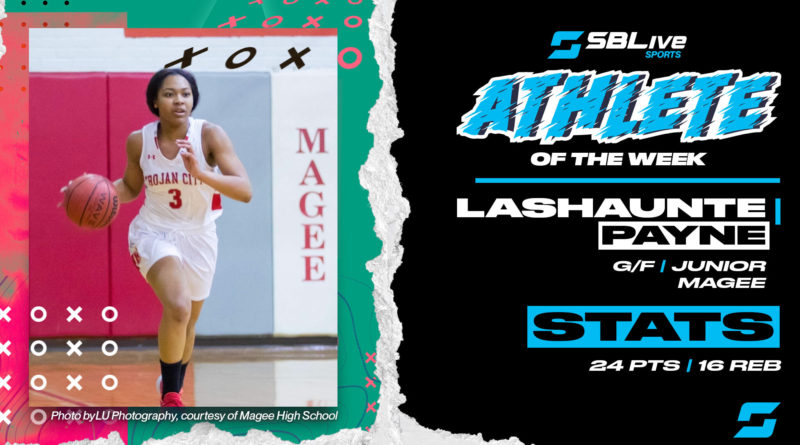 Payne received 78.67% of the vote, beating out Provine’s Myeisha Scott who finished with 10.84%. Smithville’s Orlandria Smith finished third 9.79% and  Madison Central’s Kennedy Ransom was fourth with 0.7%.

Here are the other athletes who were nominated for Dec. 28-Jan. 3:

Kennedy Ransom, Madison Central: Turned in a double-double with 13 points and 11 rebounds in a 57-41 win over Vicksburg, then dropped 25 points to go along with a team-high seven rebounds, in a 74-28 win over Jim Hill.

Myeisha Scott, Provine: Recorded a double-double with 26 points and 18 rebounds to go along with three steals and four assists in a 65-53 win over Jim Hill.

Orlandria Smith, Smithville: Turned in a double-double with 21 points and 15 rebounds to go with three assists and three steals in a 51-23 win over Hamilton.