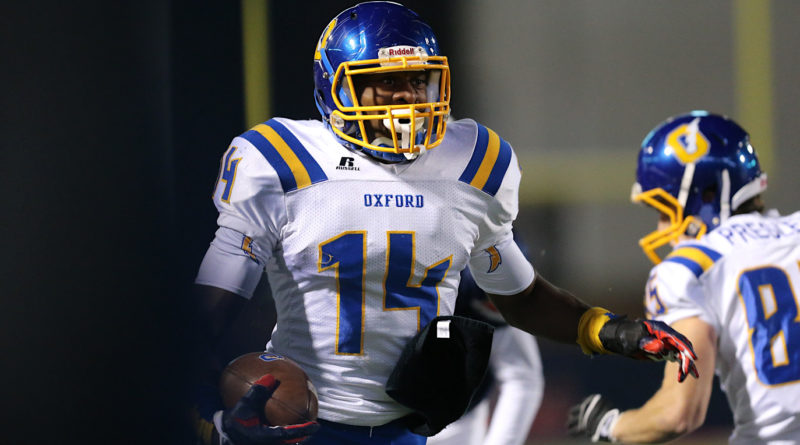 As the 2021 NFL Playoffs get underway this weekend with Wild Card games, SBLive Mississippi is taking a look at the former Mississippi high school football stars who will take the field on the biggest stage.

Born in rural Pike County, Butler prepped at North Pike in Summit before playing his college ball at Louisiana Tech. Now in his fifth season and first with the Bills, Butler has recorded 18 tackles in nine starts in 2020.

The former Prairie View A&M star starred at Mendenhall High before signing originally with Alcorn State. The Browns picked him up off of waivers last season after one season with the Rams, and he’s recorded 11 catches for 180 yards so far in 2020.

The former Clarksdale Wildcat and Mississippi State Bulldog has started all 16 games for the top-seeded Packers. He’s only been flagged for a false start once in 64 quarters.

Thomas was added Wednesday to the Colts’ Reserve/future contracts list. The former Sumrall Bobcat and Mississippi State standout is on his third franchise this season and fourth overall in three seasons.

It seems like yesterday we were watching Cam Akers rip through defenses as Clinton High’s do-it-all quarterback. Akers has come on strong in the second half of his rookie season, starting five games and averaging 4.3 yards on 145 rush attempts with two touchdowns and 11 receptions and one touchdown through the air.

The former South Panola standout and Memphis Tiger has played a huge role for the Rams in his second season with the franchise, starting 11 games and averaging 4.5 yards per carry and chipping in 16 catches with six total touchdowns.

The Seahawks’ starting offensive guard was actually born in Biloxi before moving to Canton, where he starred for the Tigers. He was a two-time JUCO All-American at Northwest Community College before landing at LSU. He’s started all 16 games in his rookie year this season for Seattle.

It’s D.K.’s world and we’re just living in it. The second-year standout who prepped at Oxford High and Ole Miss has taken the league by storm, logging 84 catches for 1,303 yards and 10 touchdowns in his sophomore season with the Seahawks.

The former Olive Branch Conquistador and Mississippi State Bulldog has put together another big season for the Seahawks — the only team he’s suited up for in his 10 NFL seasons.

The 27-year-old, former Amite County and Jones County JC star is looking for his second Super Bowl ring in his second season with the Chiefs. He’s started 13 games this season, recording 73 total tackles and a forced fumble.

The Starkville High and Mississippi State star has been solid in his rookie season, appearing in all 16 games and recording 39 total stops, one sack and one forced fumble in a backup role.

The former Mendenhall and Mississippi State star had started five games at left guard for the KC before suffering a knee injury in Week 10 of 2019. He’s set to make his first start since then this weekend.

Ward prepped at McComb High before playing his college ball at Middle Tennessee State. He’s started 13 games this season — his third with the Chiefs — and has recorded 51 totals stops and a sack.

The Saints’ starting middle linebacker prepped at Brandon High and then Arkansas State before entering the league. He has been just as productive this year as 2019, when he was named First-Team All-Pro.

The former Clarksdale and Mississippi State standout signed with the Saints as an undrafted free agent in 2018 and has been a dependable backup ever since. He’s played in 16 games this season, recording eight total stops and recovering a pair of fumbles.

How do you follow up a 52-catch, 1,000-yard rookie season? With a 70-catch, 1,075-yard sophomore season. The former Starkville High and Ole Miss star has wrecked opposing defenses with 11 touchdown receptions and 10.1 yards per target in 2020.

The Vicksburg native has matched a career-best season in terms of interceptions with four picks for the surging Titans. He’s vying to reach his first Super Bowl since clinching Super Bowl XLIX for the Patriots with an interception with 20 seconds left.

Also born in Mississippi (but did not play high school ball here):