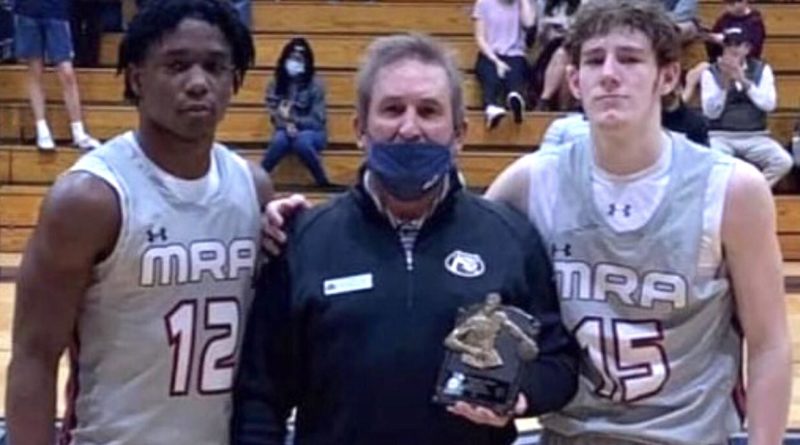 The Patriots saw a 10-point halftime lead evaporate in a loss to St. Thomas Moore in the finals of the Sunkist Shootout last week, but Josh Hubbard has the Patriots rolling under 38th-year head coach Richard Duease.

Jackson Academy had a slew of games canceled in the middle of December, but Josh Holman is playing at an elite level and Graham Stevens has proven to be a dependable forward.

The Royals are on a torrid pace to start the season and picked up a marquee win over Ingomar (13-4) last week. New Site isn’t scheduled to start region play until Jan. 22 at Potts Camp.

The Saints closed out 2020 by avenging one of their two early-season losses with a 60-59 win over Ridgeland on Dec. 19. They return to action with their region-opener against Yazoo County Tuesday night.

The Hawks are 3-2 since mid-December but have played one heck of a schedule.

The Falcons have lost two of their last three, but that’s not enough to overshadow the non-region run they put together. Tyson Smithey is averaging 19.1 points and 11.4 rebounds.

The Irish opened the season with 13-straight wins before dropping a 50-45 heartbreaker to Presbyterian Christian on Dec. 23. They open region play against Perry Central (3-1) Tuesday.

Coach Corey Mackey’s Bulldogs only played two games in November, but they made up for lost time in December. The 87-50 win over Mendenhall on Dec. 26 kept them unbeaten headed into region play against Enterprise Tuesday.

The Hilltoppers bounced back from back-to-back losses to Ingomar and Potts Camp with a 60-56 win over Winona to kick off 2021. They’ll hit the road this week for game’s at New Hope and Vardaman.

The Cougars have rolled through their last nine opponents with an average margin of victory of nearly 30 points. They’ve really hit their stride since Christmas, too — they dropped 95 points on Wayne Academy and 91 against Riverfield Academy in their last two outings to close out 2020.