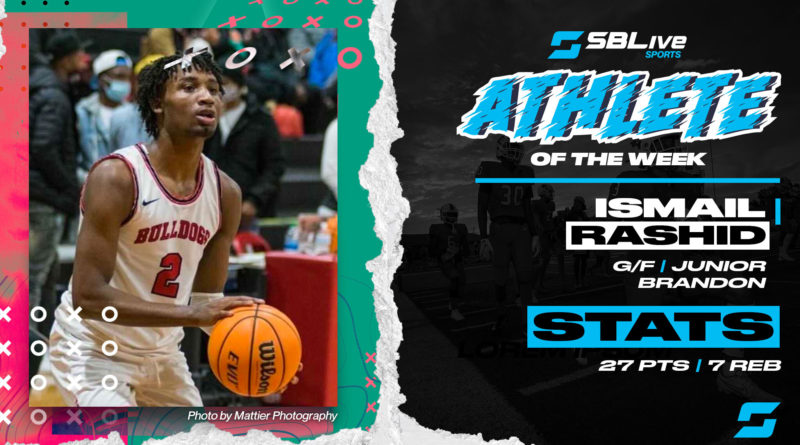 Rashid scored 27 points to go with seven rebounds in a 64-54 loss to Raymond.

Rashid received 49.7% of the vote, beating out Richland’s Erin Jones who finished with 40.38%. Tri-County Academy’s Dylan Coleman finished third 7.84% and St. Andrew’s’ Rashad Bolden was fourth with 1.81%. There were over 30,000 votes tallied this week!

We are currently accepting Athlete of the Week nominations for the week of Dec. 28-Jan. 3. If you would like to nominate an athlete, please email regan@scorebooklive.com or tag us on Twitter or Instagram at @sblivems.

Here are the other athletes who were nominated for Dec. 14-20:

Rashad Bolden, St. Andrew’s: Turned in 26 points, four assists and six steals in an 87-42 win over Loyd Star and scored 39 points to go with se en rebounds and four steals in a 60-59 win over Ridgeland.

Dylan Coleman, Tri-County Academy: Turned in a double-double with 22 points and 13 rebounds and added four steals in a 67-35 win over Benton Academy.