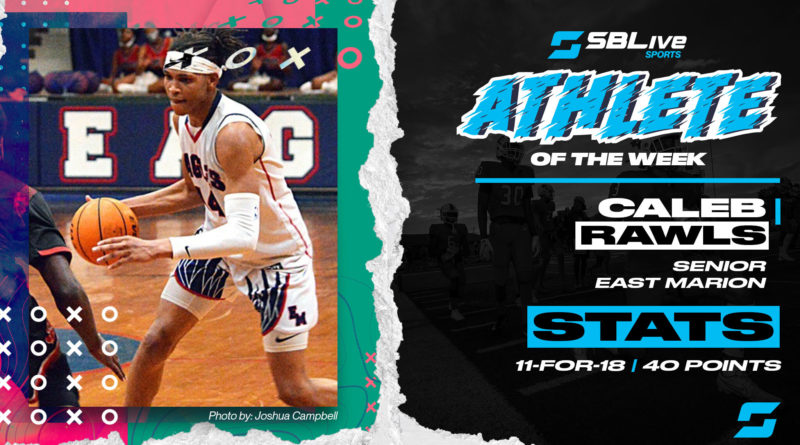 We are currently accepting Athlete of the Week nominations for the week of Dec. 14-20. If you would like to nominate an athlete, please email regan@scorebooklive.com or tag us on Twitter or Instagram at @sblivems.

Here are the other athletes who were nominated for Dec. 7-13:

Keithean Brooks, Lake Cormorant: Recorded a double-double in a 52-49 loss to Saltillo with 19 points and 13 rebounds.

Eric Green, Starkville: Scored 30 points in a 73-67 quadruple-overtime win over Brandon, then scored 10 points in a 52-43 win over Columbus.

Keondra Hampton, Itawamba AHS: Scored 25 points to go along with four steals and eight assists in a 68-61 win over Shannon.

Vashon Sims, East Marion: Turned in a double-double with 12 points and 10 rebounds with one assist and two steals in a 76-69 win over Jeff Davis County.

Jacorian Smith, Byhalia: Scored 14 points and 10 rebounds in a 54-49 win over Senatobia, then scored 14 and 19 points in wins over Water Valley and Lewisburg.

Conner West, Greene County: Turned in a double-double with 25 points and 10 rebounds to go along with three steals in a 63-42 loss to Pearl River Central.

Caleb Wilson, St. Joe: Made 7 out of 10 shots from the floor and scored 19 points to go along with six rebounds, four steals and six assists in a 58-48 win over North Pike.