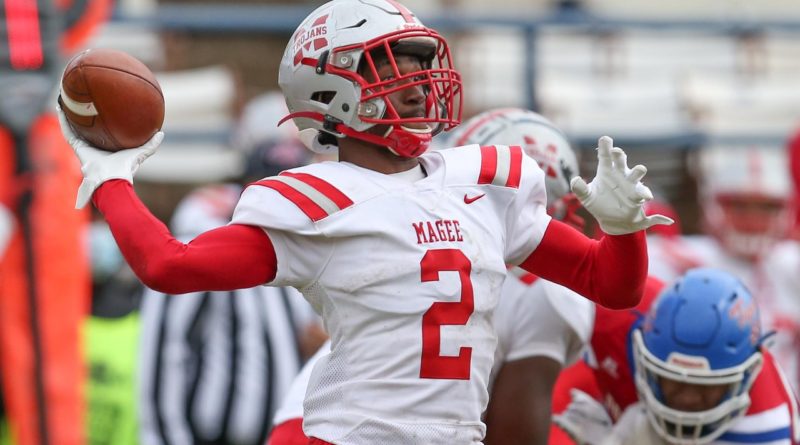 The University of Southern Mississippi picked up a couple of state-championship caliber players late Wednesday when it received letters of intent from Magee’s dynamic duo of Chandler Pittman and Xavier Franks.

Pittman played quarterback for the 3A Champion Trojans, with Franks serving as his top target for the undefeated Tigers. The duo connected on four passes for 56 yards and a touchdown in Magee’s 49-26 win over Noxubee County in the 3A state championship earlier this month.

Both were named third-team All-State by SBLive Mississippi last week and are listed as three-star recruits according to recruiting service 247sports.

Neither player was committed to Southern Miss before Wednesday. Franks had previously committed to Central Florida, but announced he wouldn’t be signing with the Golden Knights Tuesday via Twitter.

Pittman is the reigning 3A Mr. Football. He was previously committed to Ole Miss, but announced in April he was re-opening his recruitment to pursue other opportunities.

As late as Tuesday night, Pittman said he wasn’t planning on signing with anyone Wednesday – the first day of the early signing period for 2021 prospects. But late this afternoon, newly minted Southern Miss coach Will Hall capped an already-impressive day with the announcement that both Magee standouts would be coming to Hattiesburg.