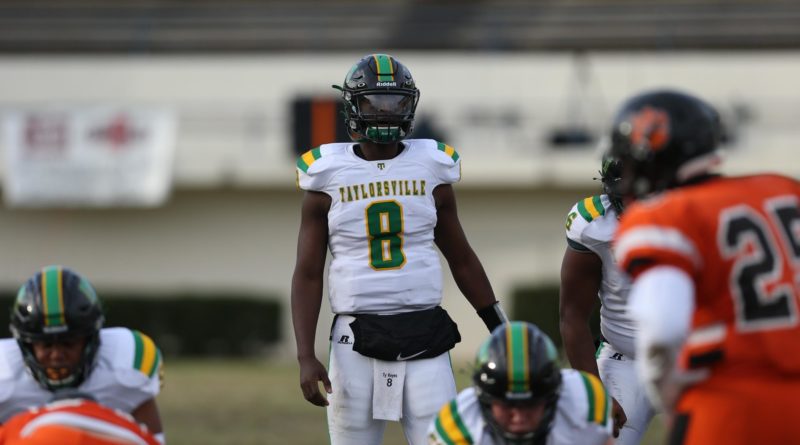 On Saturday, he led the Tartars to a 42-0 win over Calhoun City to clinch the school’s third state championship in four years.

On Sunday, he announced he was decommitting from Tulane and reopening his college recruitment.

On Tuesday, he’s leaving for Montgomery to spend the week preparing to lead some of Mississippi’s best players against their counterparts from Alabama in the annual MS/AL All-Star game.

Reached by phone on Monday, Keyes said he’s still enjoying the high from Saturday’s 2A Championship win over Calhoun City.

“It meant a lot to bring home that title,” Keyes said. “We wanted to come in and win a state championship in our last year. That was the goal all season. But to actually achieve that goal, then celebrate with my teammates and see all of them so happy, that’s a moment I’ll cherish for the rest of my life.”

Keyes was an integral part of that championship game, completing 13 of his 20 passes for 217 yards and three touchdowns and adding another score on the ground.

He finished his prolific career at Taylorsville with 14,338 passing yards and 152 touchdowns, three state titles and three 2A Mr. Football awards. As much as he enjoyed the run, he said all the recognition he’s received has overshadowed how complete a team the Tartars had this year.

“When they bring up Taylorsville, it’s all about me,” Keyes said. “But this would be a great team without me, because they take all the pressure off of me. They should be in the spotlight too. When they saw me down, they pushed me just like I tried to lift them up. I feel like we set a high standard for each other and our team to compete for a championship every year.”

Keyes said it was after the championship this year that he sat down with his parents and told them he felt he wanted to reopen his recruitment.

“They 100-percent supported me,” Keyes said. “I think I’m going just try to enjoy the recruiting process this time around. I’ll probably wait until close to February before I make any kind of decision.”

According to recruiting service 247sports.com, Keyes is rated as a three-star prospect who holds offers from eight FBS schools, including Tulane, Auburn, Nebraska and Kansas, among others.

But with former Tulane offensive coordinator Will Hall being announced as the next head coach at the University of Southern Mississippi, there’s a lot of speculation that Keyes would follow Hall to USM.

“Southern Miss was already after me pretty hard before (Hall) got the job,” he said. “So they were already in the mix for me.”

He added that he got a text message from Hall Monday morning, telling him to go check out video from the press conference.

But Keyes isn’t giving away any hints about which way he’s leaning, saying he’s more focused right now on the task at hand — beating the Alabama All-Stars this weekend.

“I just want to enjoy my last high school game,” he said. “I can’t wait to get to Montgomery and get around my teammates.”