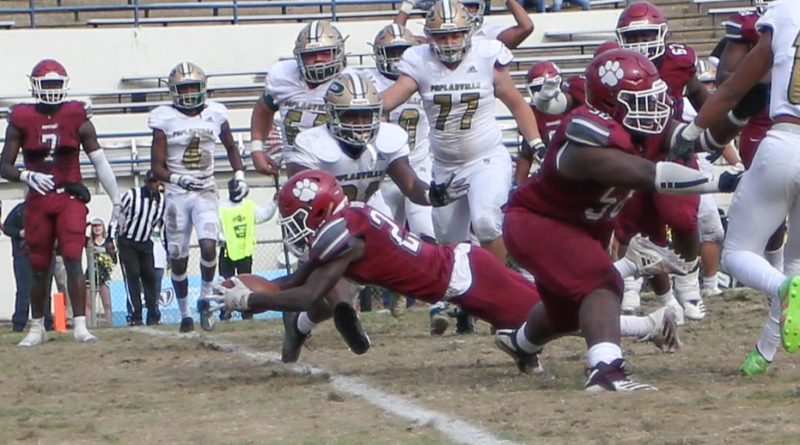 Trailing Poplarville 14-7 with just over six minutes to play in the 4A title game, Louisville mounted an 80-yard game-winning drive that culminated with a Jace Hudspeth touchdown pass and a heart-stopping two-point conversion from Jaden Triplett with 36 seconds left to give the Cardinals a 15-14 victory.

Here’s the 24-yard TD pass from Hudspeth to Jarvis Rush with 36 seconds left:

And here’s the game-winning two-point conversion from Triplett: