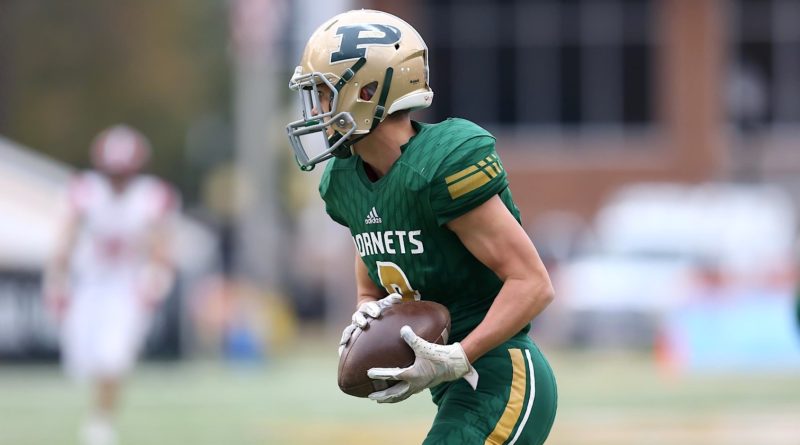 Here’s a closer look at the 2020 Class 4A MHSAA Football State Championship between Louisville and Poplarville:

PICK THE WINNER | 4A FOOTBALL BRACKET

The Louisville offense has been good in its own right. The Wildcats are sound in what they do and limit the mistakes, so they don’t beat themselves.

Quarterback Jake Hudspeth has been very good this season. He paces an offense that has a couple of capable receivers in Jaden Triplett (21 catches for 357 yards) and Jarvis Rush (49 catches for 800 yards) and two 1,000-yard backs in Jacorey Coleman and Emory James.

“You just have to dominate the line of scrimmage against them or they’ll eat you up,” Poplarville coach Jay Beech said. “They have some big kids on that offensive line, and those backs get behind those linemen and churn out the yardage.”

But as good as the offense has been, Louisville is in a position to win a second state title in three years because of the defense. It’s been as good a unit as any in the state this season, with opposing teams averaging just 8.6 points a game against the Wildcats.

Everyone knows about 4A’s Mr. Football Ty Cooper, the big defensive lineman who holds offers from Ole Miss, Mississippi State, Tennessee and Southern Miss, among others. What they might not know is that the Wildcat defense also features five other players who have been credited with 29 or more tackles behind the opposing line.

“There’s no doubt after watching them on film that they are a defensive-minded football program,” Poplarville coach Jay Beech said. “They force you into mistakes on defense and then their offense makes you pay for it.”

Poplarville represents a different kind of challenge for the Wildcats with their Wing-T offense, so it’ll be interesting to see how they respond after a week’s worth of preparation.

“They have a good quarterback and good wing guys running behind a very good offensive line,” Louisville coach Tyrone Shorter said. “Something has to give, because we have played really good defensively and they have played really well offensively. Our challenge to the players this week is to stay disciplined and slow down that running game.”

Poplarville has been a team on the brink of a state championship for the past five seasons under coach Jay Beech.

This is the fourth year out of the last five the Hornets have played for a state title, after losing in the other three to Lafayette (2016), Louisville (2018) and Corinth (2019).

But you talk about consistency? That’s Poplarville in a nutshell. In 2017 — the one season the Hornets didn’t reach the the championship round — the Hornets went 13-1 before losing to East Central 52-45 at South State.

There’s plenty of reason to think this year’s team might be the class to break through, and it starts with the 15 seniors who have been a part of 14 postseason games over four years.

The Hornets’ run-heavy option offense has been incredibly productive with sophomore Matt Will under center. They opened up the season with a couple of tough games against some very good defenses from Jeff Davis County, D’Iberville and Picayune, but have handled every challenge that’s been thrown their way since, averaging 345 yards a game on the ground.

“That starts with our offensive line up front,” Beech explained. “We had all five guys back up there to start the season, and we’ve been very fortunate when it comes to injuries. There were parts of last season where we were down to our third-string tailbacks and second- and third-string fullback.”

The defense has been opportunistic, forcing 27 turnovers in 12 games while holding opposing offenses to 12.5 points a game. The Poplarville secondary leads the state with 17 interceptions.

There won’t be much room for error Saturday, as the Louisville defense has wrought havoc in the backfield all season, and the offense has been very stingy, giving away just nine turnovers all season.

“They aren’t going to make mistakes and beat themselves,” Beech said. “Defensively, they’ll put you behind the chains and force you into making a mistake, then punish you with their offense.”