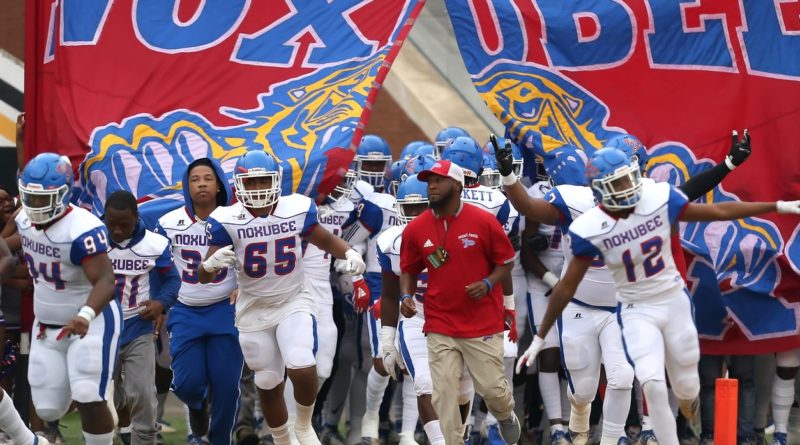 Here’s a closer look at the 2020 Class 3A MHSAA Football State Championship between Magee and Noxubee County:

PICK THE WINNER | 3A FOOTBALL BRACKET

THE SKINNY:
Magee is back in the state championship after winning its first district championship since 2013 under third-year coach Teddy Dyess.

Dyess is no stranger to tough defensive teams from the Golden Triangle like Noxubee after going 115-28 in 10 seasons at Philadelphia High.

“All those teams look the same and they all play the same,” Dyess said. “They are big and physical and fast and present a lot of challenges for opposing offenses.”

Magee counters with one of the state’s best offensive players in quarterback Chandler Pittman. Unless Hell freezes over, Pittman will eclipse the 2,000-yard passing mark for the season against Noxubee this weekend, but there are plenty of other weapons here as well.

The offensive line has played very well, and receiver Xavier Franks and tailback Jawon Shaw have proven to be more than just dependable options.

“If they load the box and force us to throw it, we will,” Dyess said. “If they try to take away the pass, he may have to carry it 25 times or more. But he’s progressed a lot and developed the ability to really throw the football.”

The Magee defense matches up well against the Tigers’ ball-control offense. They’ve only given up six touchdowns in 38 quarters of football since the start of the second half against Seminary on Oct. 2.

“We thought we’d be rebuilding on that side of the ball this year,” Dyess said. “But we’ve played very good defense down the stretch. We look very similar to them on defense.”

THE SKINNY:
Noxubee County is gunning for its sixth state championship and first since 2017 after running roughshod through the 3A North Playoffs.

The Tigers are the complete package, with an offense that has averaged nearly 44 points a game in the playoffs and a defense that has smothered every challenge it has faced since a Week 3 loss to West Point, who is playing for the 5A title this weekend.

“We win most games in the trenches,” second-year Noxubee coach Teddy Young said. “We can stop the run and we’re good against the pass, but it all starts up front with the play of our defensive line.”

The key for Noxubee in this game is to contain Magee’s explosive quarterback Chandler Pittman, who is a true dual-threat type.

“He’s a dynamic player who can throw and comes downhill at you like a running back,” Young said. “We are going to have to put pressure on him and contain him at the same time, because he’s got great vision and he can create big problems if you give him running lanes.”

The Noxubee offense hasn’t been asked to do much, but it has also passed every challenge that has floated its way. In addition to the one-two punch presented by senior quarterback Crishard Rupert and senior tailback Bobby Shanklin, sophomore receiver Anthony Little has burst onto the scene as a serious deep-play threat. In 10 games, he’s caught 46 passes for 742 yards and four touchdowns.

“We’re really quite balanced,” Young said. “We can run it, but we’ve also got playmakers on the outside. That gives us the ability to just go with what the game dictates. The key is winning the battle in the trenches.”