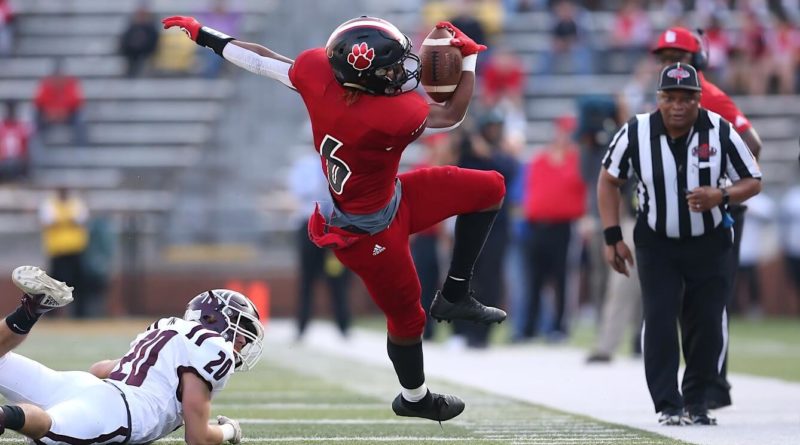 Here’s a closer look at the 2020 Class 1A MHSAA Football State Championship between Lumberton and Biggersville:

THE SKINNY:
The Lumberton Panthers are back in the state championship game for the second year in a row following their fifth district championship in five years under coach Zach Jones.

The Panther offense centers around its do-it-all back Robert Henry, the newly minted 1A Mr. Football for 2020 who has lined up at both tailback and running back throughout the year.

The offense also features two other backs — Rodney Parker and Shavonte Toney — who have combined for more than 1,000 rushing yards.

“Offensively, the line has come along as the season has progressed,” Jones said. “We’ve also got a couple of good backs outside of Robert, so we don’t have that one guy you can key on.”

The Lumberton defense has been equally effective. The Panthers have only allowed one touchdown since September thanks to a salty defensive line that features two players — Keyshawn Drummond and Jonathan Edwards — who have combined for 33 tackles behind the line of scrimmage.

The play in the secondary from brothers Kelby and Khaled Bush has also been fun to watch.

“Defensively, we’re as good as we’ve been since I’ve been here,” Jones said. “That’s what has made us so special. We’re quick off the ball and we run the to the ball. That’s really set the tone for us this season.”

THE SKINNY:
Biggersville will make its first state championship appearance in school history under fifth-year coach Stan Platt after knocking off the defending state champs in the North State Final last week.

Platt left a job in administration to take over football coaching duties in 2016. The Lions went 4-7 in his first season, 8-4 in his second and 12-2 in his third year. They won their first district championship last year and their second earlier this season.

“When I got here, there were only eight players,” Platt said. “But we had a great group of eighth graders and that’s the senior class we will take into the game Friday.”

The biggest name in that group of seniors is Goldman Butler, who has run wild on opposing defenses and been the best player on defense for Biggersville all year.

Butler’s the focal point of the offense, which features a freshman quarterback in Drew Rowsey and an offensive line that has paved the way for more than 3,000 yards by Biggersville backs.

Defensively, Biggersville has been as consistent as anyone. Since the opening week, the Lions have held their 10 opponents to four total touchdowns.

“Robert Henry is a ballplayer,” Platt said. “We know that going in, and you can see why he is rated so highly. We’re going to have to contain him, but we can’t forget about the quarterback, because he can take off on you too.”