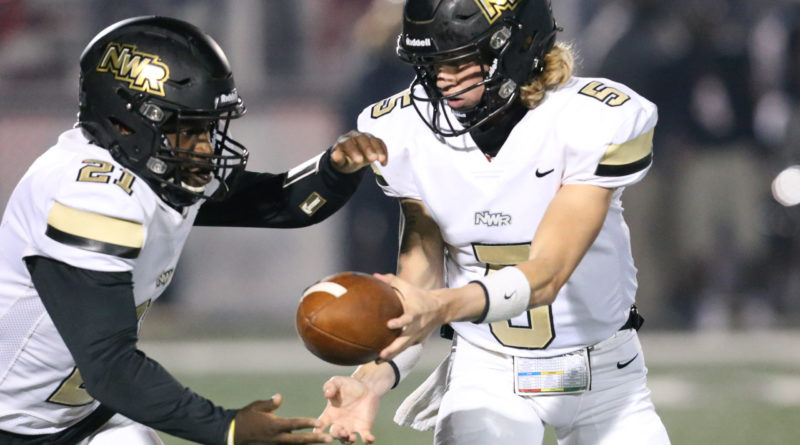 The 2020 Mississippi high school football North and South State finals are finally here, and 6A South features a rematch from a game that decided the Region 3-6A title three weeks ago. Here’s a look at the 6A South matchup between Northwest Rankin and Oak Grove:

PICK THE WINNER | 6A FOOTBALL BRACKET

WHY NORTHWEST RANKIN CAN WIN:

The Cougars limped into the playoffs after getting blown out in their last two games of the regular season to Brandon and Oak Grove, but they’ve been on a mission since then. Coach Toby Collums has done a fantastic job of game management in two close games in the playoffs, and the players have stepped up in big moments.

But the excitement at the end of the two playoff games — the Cougars beat both Ocean Springs and D’Iberville in dramatic fashion — tends to overshadow the fact that this team is really, really good.

Junior Cam Marion is the kind of tailback that you can build your offense around, and the Cougars have done just that. He’s paced the Northwest Rankin offense all year, with 1,384 yards and 17 touchdowns in 11 games.

Quarterback Caleb Parten has continued to get better as the season has progressed. He’s up to 205 passing yards a game, on average, and his touchdown-to-interception ratio is now 21 to 6. Parten does not have the big-time arm of his Oak Grove counterpart Kabe Barnett, but he’s just as lethal when he has time to survey the field and set his feet.

“The main thing for Caleb going into this game is making quicker decisions,” NWR coach Toby Collums said. “I think in the first meeting he was holding the ball a little too long and trying to make the perfect read and the perfect throw. I told him he’s got to trust his instincts and lean on the experience he’s earned this season.”

If the Cougars can run the ball and control the clock, the offense is capable of going out and getting the win late. That’s especially true if it comes down to a field goal, because sophomore Christian Baglione has already proven he can hit a game-winner.

The NWR defense has had its ups and downs, but they’ve played well in the playoffs.

Looking at the roster, it’s easy to see why: the Cougars have a core of seasoned veterans who are playing their best football at the right time. Senior defensive backs Javian Gathright, Lorenzo Jones and Imari Brown have done a splendid job on the back end, and linebackers Ryan Kimbrell, Andrew Jones and Ty Clardy have improved as the season has progressed.

The biggest task facing the Cougar defense is creating some type of pressure on Barnett, who ate them alive in a 56-30 Oak Grove romp three weeks ago. Barnett completed 14 of his 15 passes for 199 yards and four touchdowns and rushed for 100 yards on nine carries without taking a sack in that first meeting.

If Barnett has that kind of room to operate again, it could be another long night for the Cougar defense. If they can get to him a couple of times early, it could set the tone for the upset.

“You have to slow them down somehow,” Collums said. “That’s something we obviously didn’t do last time we faced them. You have to be so sound defensively, because they can run it and throw it and they have a lot of weapons.”

WHY OAK GROVE CAN WIN:

Oak Grove has been the No. 1 team in the SBLive Power 10 since mid-October for a reason. The Warriors have passed every test that has been thrown their way this season thanks to an offense that averages better than 375 yards and nearly 40 points a game.

That starts with the offensive line, which has been phenomenal, and Barnett, who has been the best quarterback in 6A on paper this year.

Following the 41-14 blowout win over Harrison Central, Barnett has now completed 62 percent of his 191 pass attempts for 1,905 yards (211.7 per game) with 32 touchdowns against just five interceptions.

The Warriors aren’t a one trick pony though — senior tailbacks Courtland Harris and E.J. Newell Jr. have combined for 1,254 rushing yards and 16 touchdowns and have taken over games when opposing defenses sold out to stop the pass.

“Our offensive line has played well for the most part except a game or two here and there,” Oak Grove coach Drew Causey said. “We have four guys up there who have a lot of reps, and at this point they are seasoned to the point that there’s not a whole lot you can throw at them that they haven’t seen or can’t figure out how to block. We’ve got two good senior backs and four really good skill guys at receiver, but everything we do starts up front.”

Like their counterpart at Northwest Rankin, the Warrior defense has been up and down this season. They have given up an average of 24 points to opposing offenses in 10 games, which is more than enough when the offense is clicking, as it has been all year.

Junior linebackers Zach Little and Braxton Miller are the heart and soul of the unit. Safety Quentin Sterling, another junior, has anchored the back end and showed the ability to step into the box and make plays against the run.

The Warriors are going to try to make Northwest Rankin one-dimensional, as they did in the first meeting. They limited the Cougars’ bell-cow back Marion to 59 yards on 14 carries, and if you count the negative yardage from sacks on Parten, held NWR backs to 1.8 yards a carry.

“You gotta take away something,” Causey said. “And we feel like if we can take away the run, we have a great chance to win. So if someone puts seven guys in tight, we’re going to stack eight in the box. If you stack eight guys in there, we’re going to put nine. We feel like we have a 20-point defense, and if we hold our opponents to 20, we feel good about our chances.”