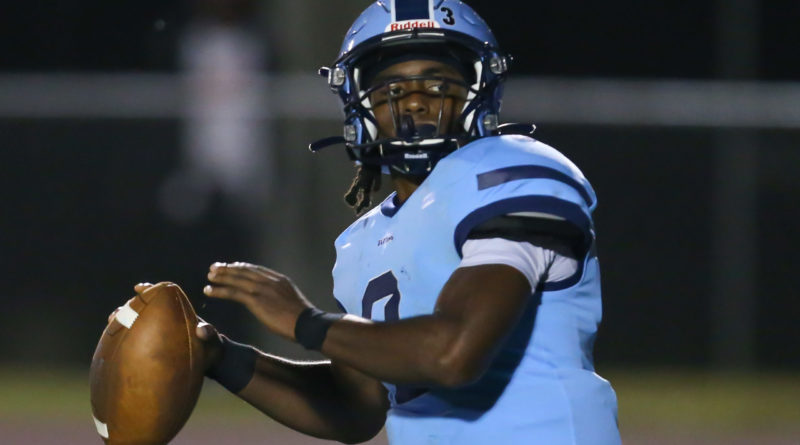 WHY WEST POINT CAN WIN:

The defending 5A state champs aren’t going away without a fight. The Green Wave has been pounding the snot out of every team they’ve played since mid-October, beating Columbus, New Hope, Center Hill, Holmes County Central and Grenada by a combined score of 198 to 77.

West Point’s run-oriented, ball-control offense has been at its best during this stretch thanks to Cameron Young and Jakobe Pate, who have combined to rush for 1,877 yards and 19 touchdowns over the course of the season.

Coach Chris Chambless has also gotten good play out of his two quarterbacks, Corbin Kelly and Chris Ivy. Those two have combined to complete 65 of 116 passes for 1,134 yards with eight touchdowns and just one interception.

Receiver Shavontre Ryland leads the team with 29 catches for 423 yards, but Jamarquez Melton has also emerged as a big-play threat with 14 catches for 379 yards (a 27.1-yard average) and a team-high four touchdowns through the air.

But make no mistake — the key to a West Point victory Friday night is likely the Green Wave’s ability to stop Ridgeland quarterback Zy McDonald and that explosive Titan offense.

“We just have to stay in our rush lanes and not give him a place to escape,” Chambless said. “He can beat you with his arm or his feet at any time, and it really hasn’t mattered what kind of adversity he’s faced.”

It’s all easier said than done — nobody else has shut down the Ridgeland offense this season — but West Point is not like those other teams.

WHY RIDGELAND CAN WIN:

We’re in nearly uncharted territory for the Titans, but they’ve come too far to fold now.

The Titans have the most consistently dominant offense in all of 5A thanks to McDonald and the five key skill guys. The offensive line has stepped up as well, but coach Sam Williams’ read-oriented scheme doesn’t require them to hold blocks for long.

The key for Ridgeland to put up points is keeping that West Point defensive line off-balance. If they feel like they have to do something special to make a play or get a key stop, that could spell opportunity for the Titans.

“Most teams have tried to take away the big play by playing three high safeties,” Williams said. “But I think West Point is just going to do what they do. Their defensive line would scare a lot of teams, but some of our biggest quarterback runs have been when the opposing defense gets a little too aggressive and Zy is able to break contain and bust a big run.”

Ridgeland’s defense isn’t made up of superstars, but they’ve played well enough as a unit to win down the stretch. If everyone continues to do their jobs, they should be able to limit West Point’s production and, more importantly, give their offense enough possessions to put up some points.

If West Point is able to run the ball against the Titan defense the way Neshoba Central did last week, when Jarquez Hunter went for 269 yards and two touchdowns, it could be a long night.

“We are gonna have to hit some big plays in the passing game and take care of the football offensively,” Williams said. “We’ve had our struggles with turnovers, so we have to avoid that. Then we have to tackle everyone they put back there. If we do those three things, I feel like we’re going to be really happy when the night’s over.”