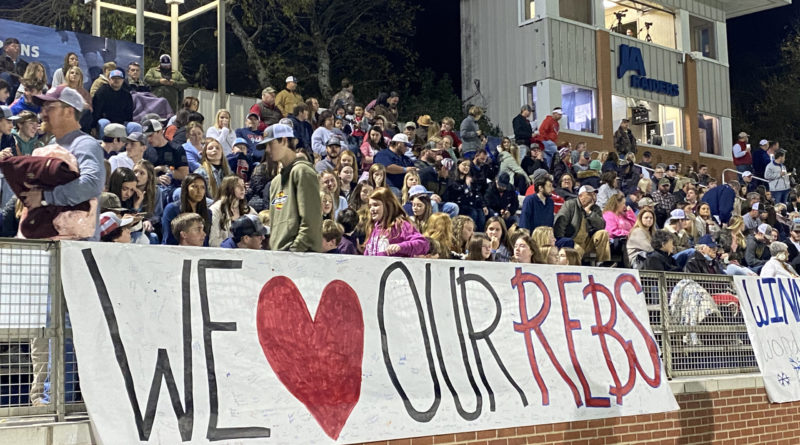 But don’t try to tell that to the boys from Leake Academy.

The Rebels played lights out for four quarters here at Jackson Academy Friday night and held off a pesky Adams County Christian team for a 10-0 victory and the MAIS 5A state title. It’s Leake Academy’s first football state championship in school history.

“Those kids stepped up and they played lights out tonight,” 17th-year Leake Academy coach Brian Pickens said. “I can’t say enough about the way they played tonight.”

Leake Academy (13-0) did just enough offensively, but it wasn’t pretty. The Rebels gained just 85 total yards all night, with their lone offensive score coming on the opening drive, when they drove 41 yards (with the aid of a 15-yard personal foul penalty against ACCS) down to the 8-yard line to set up Cole Arthur’s 25-yard field goal to go ahead 3-0.

The only other score in the game came in the fourth quarter, when senior cornerback Thomas Cheatham stepped in front of an under-thrown pass and returned the interception 46 yards for a touchdown that sent the Leake Academy sideline into pandemonium.

“That’s every football player’s childhood dream and I’ll never forget it the rest of my life,” Cheatham said. “I’m really good at picking up play calls, and I saw the coach call number eight over and he drew an out-route, then I went and got the ball.”

Adams County Christian finished the night with 170 yards of total offense, but Arthur, who doubles as the punter for Leake County, kept booming punts that forced the Adams County offense to drive nearly the entire field. When Adams County did get good starting field position, they squandered it.

“We just didn’t have much of an offense all year,” ACCS coach David King said. “I mean, what you saw tonight is what it was pretty much all year. But that’s part of the reason why nobody expected us to be here, and I couldn’t be prouder of my guys. They left it all the on the field tonight.”