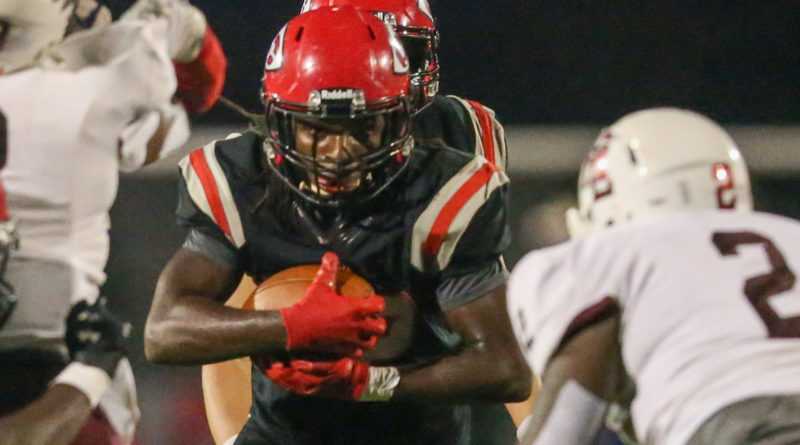 Every week during the 2020 football season, SBLive has ranked the Top 10 high school football teams in the state of Mississippi, regardless of classification.

With the playoffs underway, here is a special playoff edition of the SBLive Power 10 rankings. The rankings are compiled by SBLive Sports reporter Tyler Cleveland. (Feature photo by Keith Warren)

The Warriors looked suspect on defense, but continued to pile on the offense and blew out the Indians by 20 points in the first round of the 6A South State playoffs anyway. They’ve got another big test this weekend when No. 6 Harrison Central (9-2) comes calling.

The defending 6A state champs have now won 23 games in a row going back to last season. They stuffed a potential game-tying two-point conversion by Madison Central to reach the second round, where they’ll host Hernando (8-3).

The Warriors survived a scare from an upset-minded Petal team thanks to a late touchdown. But D’Iberville has been winning close games all season, and newly minted Mr. Football Justin Walley has been the best individual player in the state down the stretch.

The Arrows had the easiest draw of any 6A team who didn’t benefit from a forfeit Friday night, but it didn’t make their blowout win over Horn Lake any less convincing. If the Arrows can beat Warren Central for a second time, they’ll punch their ticket to the North State Championship.

Ridgleand’s offense may be as good as anyone’s in the state. Quarterback Zy McDonald just keeps getting better, and the Titans are in nearly uncharted territory for the relatively young program. To keep it going, they’ll have to beat Neshoba Central (7-1) again. They slipped past the Rockets 32-29 back on Oct. 23.

The Red Rebels looked convincing in a 49-21 win over Pearl, but they get a major step up in competition this week against undefeated No. 1 Oak Grove. The good news for Harrison Central is that if Biloxi can put up 34 points on the Warriors, the Red Rebels might be able to win in a shootout.

Last week: No. 8 (up one spot)
Friday’s result: Beat Lafayette by forfeit in 5A first round

The Rockets were supposed to host the premier playoff game in the state, but ended up moving into the second round of the 5A North playoffs by default, courtesy of COVID-19. We’ll see if the long layoff helps or hurts Neshoba Central this week, when they try to avenge their only loss of the season versus a surging Ridgeland team.

Offensive production has never been an issue for West Jones as long as quarterback Alan Follis is on the field, but the defense seems to be getting better as well. If they can beat a hot Laurel team in the second round, the Mustangs will move one step closer to living up to those lofty pre-season expectations.

Last week: Not ranked
Friday’s result: Beat East Central 30-28 in 5A first round

We ranked Laurel in the pre-season edition of the Power 10, but they fell off the radar after key injuries and an 0-3 start to the season. Since then, the Tornadoes are 6-0 (with one forfeit) and knocked off East Central in the first round of the 5A playoffs. If they can pull off the upset over cross-town rival West Jones this week, they’ll advance to the South State title game.

Madison Central’s season is over following a close loss to No. 2 Oxford on the road Friday night. They’re the only team in our Top 10 whose season is over, but consider what the Jags achieved this season: They took the defending state champs to the wire on their home field and hold wins over two teams who are still alive in the playoffs, despite starting their third-string quarterback for the entire second half of the season.