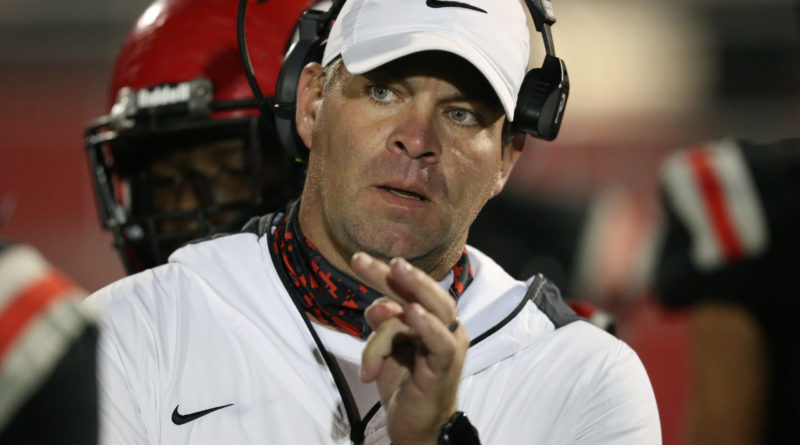 Here’s a look at the 2020 6A Mississippi high school football semifinals, starting with the North:

There’s an unspoken animosity between these two programs that goes past wins and losses on the scoreboard. Clinton coach Judd Boswell didn’t mince words Friday night when he said he “hates playing over there.”

But what he said to his team was even more telling: “You know about the history between our two schools, and it isn’t going to be a happy ending for them.”

Warren Central has been among the best teams in the state all season thanks to a dynamic defense that has held opponents to an average of 12.6 points per game. That’s counting its two losses to Clinton and South Panola, in which they gave up 31 and 36 points, respectively. There might be some rust, considering the Vikings haven’t played since Oct. 30, but there’s no reason to the think that suffocating Vikings D won’t show up.

The question mark comes on offense, where the Vikings have struggled against top-tier defenses. Quarterback Kentrick Thompson leads the team in rushing, but the passing game has not developed as well as Vikings fans would like.

Warren Central will likely need to be more balanced against a Clinton team that has been able to limit big plays by teams who are too reliant on the run. Horn Lake ran 37 plays in the first half against the Arrows last week — 25 rushing plays and 12 passing plays — and came away scoreless despite executing fairly well.

Coincidentally, Clinton has thrived on big plays. Quarterback Caleb Miller, who seems to be pulling all the right levers, has proven himself as a true dual-threat and tailback Montavious Warren has the speed to take it to the house on any play where he gets past the front line untouched.

Of the two games in 6A North, this one definitely has more intrigue. It’ll come down, as always, to which team can avoid the critical mistakes.

Let’s be honest, everyone had these two teams playing each other for a short at North State, right? Come on, now.

Oxford came into the season needing to replace the majority of its starting lineup. Few were realistically talking about the Chargers being a front-runner to win 6A North, but coach Chris Cutcliffe has worked his magic, and here we are.

The Chargers are once again a model of consistency on offense — whether it’s sophomore Trip Maxwell or junior Michael Harvey under center — thanks to a steady two-headed rushing attack from Omar Howell and Roman Gregory running behind that offensive line. They’ve scored at least 25 points in all 10 games they’ve played this season. They put 37 points on the board against Hernando on Oct. 30.

The defense has been a work in progress, but it’s stepped up when it needed to. That includes the play that sealed their opening-round win over Madison Central last week.

Hernando is like the cat that ate the canary after knocking off South Panola 36-33 in Batesville. The Tigers are playing with house money at this point, having exceeded expectations already, but you just know they’re going to be fired up to get a second shot at the Chargers.

And make no mistake: they’ve got the firepower to pull the upset. Quarterback Zack Wilcke has thrown for 1,900 yards with 14 touchdowns and four interceptions in eight games this season. Two of those picks came in the first half against South Panola last week, and Hernando still found a way to win. Shawn Wade has been phenomenal down the stretch playing both ways, and Reed Flanagan just keeps making big plays.