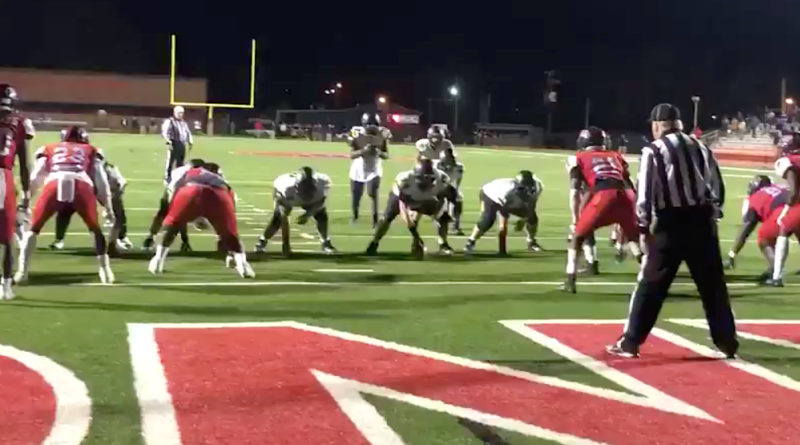 BATESVILLE — As Hernando head coach Will Wolfe got off the bus Friday, he didn’t think about losing, he thought about not being able to go to practice Monday with the team he loves.

That drove him and his team to play and fight another day.

The Hernando Tigers outlasted the South Panola Tigers in a 36-33 6A playoff shootout at Robert H. Dunlap Stadium on Friday. It was only the second victory over South Panola in program history.

“Kids played great,” Wolfe said. “Hats off to South Panola, they have a great team. I’m just so proud of our kids. They battled all year. They just seem to never quit believing in themselves or their coaches. It’s so much fun to practice every day. They just work hard. Family and believe. Those are the words. The kids never quit believing.”

South Panola brought pressure early and often in the first half up front, starting on the first drive of the game, when the Tigers forced a quick three-and-out. The South Panola offense followed up with a 16-play, 54-yard drive capped by a two-yard dive from Dee Perteet. That left South Panola with a 7-0 lead with 4:56 left in the first quarter.

Special teams proceeded to rear its head on the following South Panola drive. Hernando got into the backfield and blocked a punt. The ball traveled out of the back of the end zone for a safety to cut South Panola’s lead to 7-2.

After receiving the ensuing kickoff, Hernando quarterback Zack Wilcke threw his first of two first half picks to Khalik Boothe, but his team’s offense failed to capitalize.

Hernando proceeded to run the football with efficiency as they sped up the tempo. After a quick drive, Hernando took a 9-7 lead early in the second quarter, following a five-yard TD run by Shawn Wade.

Just like that, Cam Wright had his first big play of the game on the following drive. Wright caught a low slant, shook the defender and raced 70 yards to the house, giving South Panola a 14-9 lead. Another interception — thise one by Seandun Clark — set up Perteet for another touchdown run to give South Panola a 21-9 lead with 2:32 left in the first half.

After a three-and-out for Hernando, South Panola could not capitalize, leaving Hernando with the ball with under a minute left. Wilcke threw a dime to Reed Flanagan in double coverage and he came down with a 45-yard touchdown catch just seconds before the first half buzzer.

“Everybody, both sides of the ball had jitters,” Wolfe said. “It was a big game. At halftime we just talked about us not playing our best football, but we’re still in it so what we needed to do was come out and play the type of football we knew we could play. We did that.”

Hernando went bend-but-don’t-break to begin the third quarter and forced a turnover on downs in their own red zone. Starting with another Shawn Wade touchdown run, the lead proceeded to change five times.

Wade would score two more times while Martez Clark got in on the scoring action for South Panola. Both teams also turned the ball over twice early in the fourth quarter. With 3:16 left in the game, Hernando took a 36-33 lead following Wade’s fourth touchdown run of the game.

South Panola converted twice on third down to get near midfield, but a strip-sack on Hubbard essentially put the game on ice.

Hernando will get their second shot at top-seeded Oxford in the second round of the 6A playoffs next week in Oxford.