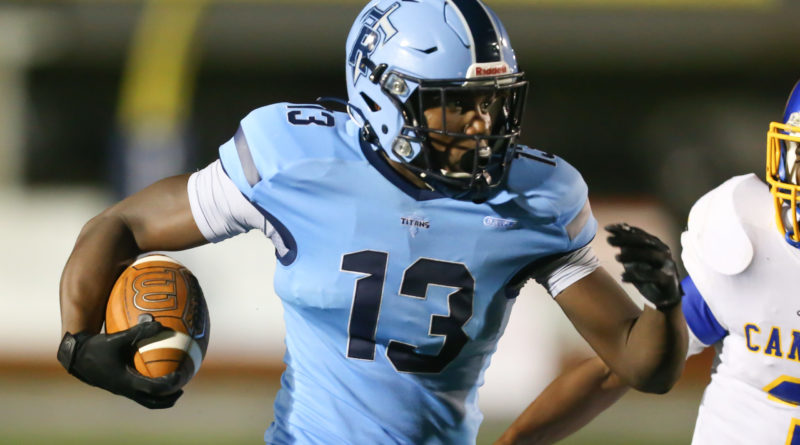 Several teams that previously graced the top five have had let downs on off-nights, but Oak Grove survived one of those kinds of games Friday. The Warriors were averaging well over 50 points a game going into their home date with Brandon, and escaped with a 24-22 win despite a bad outing. That’s what good teams do.

Winning 20 games in a row is no small task at any level, but to do it in 6A is even more impressive. Oxford moves up in the poll from No. 4 to No. 2 thanks to a 39-0 win over Olive Branch combined with losses from Neshoba Central and Warren Central.

D’Iberville moves up from No. 5 to No. 3 this week after taking care of business against Gulfport to stay undefeated. The Warriors look like the cream of the crop on the coast, but a huge test looms this weekend, when they travel to Harrison Central — the only team that can catch them in the Region 4 standings.

Last week: Bye
This week: will forfeit to Warren Central, 12-0

The Yellowjackets had to go into quarantine for the first time this season and were forced to cancel a non-region game against Laurel. Without a possible makeup date, they’ll forfeit this weeks’ game to Warren Central and try to get healthy before returning for their regular-season finale at Clinton on Nov. 6.

The Maroon Tide just keeps on rolling, and is up from No. 7 to No. 5 this week as the last remaining undefeated team in 5A. Picayune has now defeated its last two opponents by a combined score of 90-20, and neither of its remaining opponents (Pascagoula and Wayne County) have a winning record.

We don’t know what to make of the Cougars, but they keep finding ways to win close games and now find themselves tied with Oak Grove at 5-0 in Region 3-6A. If they can avoid a let-down against rival Brandon this week, it will likely set up a winner-take-all date with the Warriors for Nov. 6 in Flowood.

Last week: Lost to Clinton 31-16
This week: Will defeat Starkville by forfeit

When this week’s game doesn’t take place due to Starkville being in quarantine, the Vikings will get the ‘W’ and advance to 5-1 in region play. That’s great, but it also means they could have closed out and won the region crown if they had found a way to beat Clinton Friday night. The Vikings’ first loss dropped them from No. 2 to No. 7 this week.

Well what do you know? The Titans had several quality wins on their resume, but had lost to the only Top-10 quality opponent they had faced this season until Friday. Following the big win over then-No. 3 Neshoba Central, Ridgeland sits alone atop the Region 2-5A standings and can clinch the district title this week.

The Rockets tumbled all the way from No. 3 to No. 9 in this week’s rankings after losing their first game of the season. The Rockets will likely get their shot at redemption in the playoffs, but they’ve lost their aura of invincibility.

They may have flown under the radar, but the Cougars are the last undefeated team in 4A for a reason. And Newton County isn’t just beating teams, they are demolishing them. They’ve outscored their opponents by a combined score of 289 to 46. Just one game left on the schedule to complete the undefeated regular season.