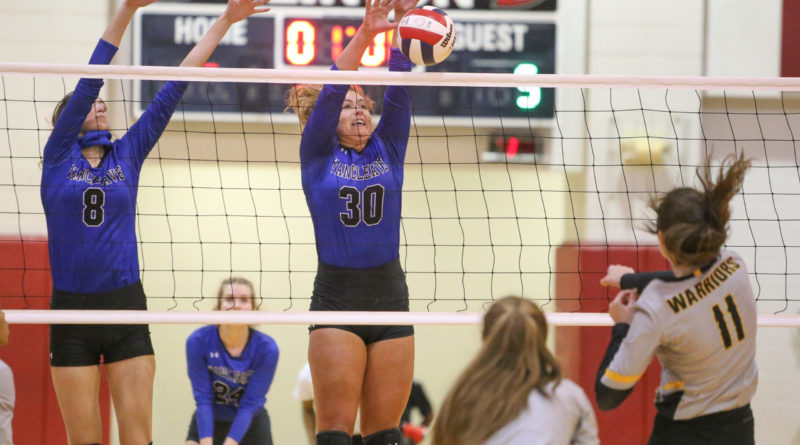 Behind a strong start and the play of setter Julianah Overstreet, Vancleave swept Pontotoc 3-0 in straight sets to win their second consecutive MHSAA Class 4A Volleyball State Championship on Saturday afternoon.

“I was confident about our offense because our offense is more fast paced and the girls played with a ton of energy,” said Vancleave coach Christina Daigle. “The name of the game for us is first to five, first to ten and first to fifteen. We were focused on those small goals.”

Vancleave jumped out to a 10-3 lead in the first set and then came away with a 25-12 win to start the match.

“The girls played with a lot of momentum and it played in our advantage. I was shaking the whole time,” Daigle said. “I coached these seniors when they were in seventh grade and we’ve set a high standard and the girls live up to it.”

“We all had some energy and we played for each other as a team,” Overstreet said. “We set our goals and we saw a bunch of opportunities to get points at the net and we did.”

Sadie Stegall had four kills and two digs for Pontotoc, while Audrey Hamill had three kills and seven digs for the Lady Warriors (18-5).

“I’m proud of the girls for the way they fought, but I think there were good rallies but those went the other way for us tonight,” said Pontotoc coach Annie McGregor. “Vancleave is really good and they run a fast offense that’s something we haven’t seen much of. We met a lot of goals this year and hopefully we can make run next year.”