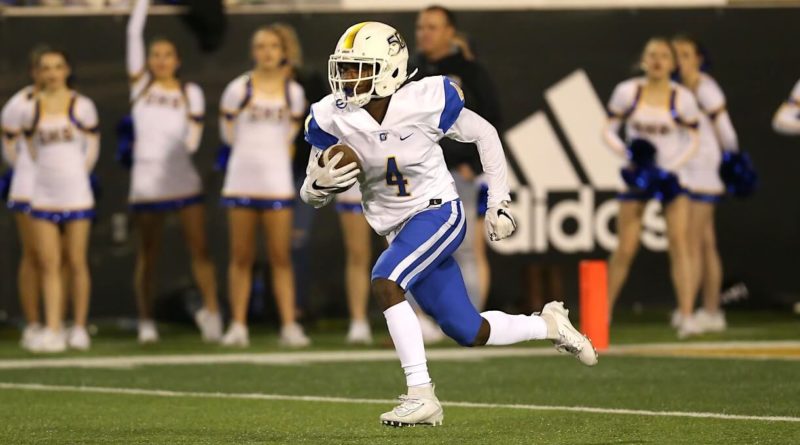 From Oxford cornerback Xavier Walton to Corinth running back Cayden Betts, there were dozens of standout performances across the state of Mississippi on Friday, Oct. 23.

Walton had three interceptions to lead Oxford to a 39-0 win over Olive Branch.

Betts scored four touchdowns -— including a 75-yard kickoff return — and racked up more than 300 yards from scrimmage in Corinth’s 35-20 win over Ripley.

McDonald connected with Chandler Williams on a 17-yard TD pass play in the final minute to rally Ridgeland to a 33-29 victory over Neshoba Central. McDonald accounted for all five Ridgeland touchdowns — four TD passes and a 33-yard rushing TD.

Jarquez Hunter scored three touchdowns — including a 93-yard TD run — in the Rockets’ 33-29 loss to Ridgeland.

For the second consecutive week Christian Baglione booted a game-winning field goal as time expired, this time a 34-yarder to give Northwest Rankin a 23-21 win over Pearl.

Shorter snagged a one-handed interception and returned it 60 yards for a touchdown in Oxford’s 39-0 win over Olive Branch.

Holiday went 17-of-25 for 303 yards and seven TD passes through the air, and added 92 yards rushing and another TD on the ground in TCPS’ 57-0 win over Smithville on Thursday night.

Parten threw three touchdown passes and led the Cougars on a game-winning drive in the final minutes that resulted in a 23-21 win over Pearl. Parten finished the night 16 of 32 for 232 yards.

Smith, a sophomore, rushed 22 times for 186 yards and a touchdown to lead East Central to a 44-30 win over Pascagoula.

Miller rushed 15 times for 89 yards and two touchdowns and threw for 105 yards to lead Clinton to a 31-16 upset of Warren Central.

Xavier Davis broke the Hartfield Academy record for rushing yards in a season, going over 1,000 yards in Hartfield’s 42-7 win over Tri-County.

Avery had 8 catches for 161 yards and three touchdowns in TCPS’ 57-0 win over Smithville on Thursday night.

Parnell went 15-of-32 for 294 yards and three touchdowns through the air, and added 141 yards rushinng and another TD on the ground in Pascagoula’s 44-30 loss to East Central.

Sophomore running back D’mariun Perteet carried the ball 16 times for 94 yards and a touchdown to lead South Panola to a 12-10 upset victory over Madison Central.

Johnson caught seven passes for 116 yards and a touchdown in Brandon’s 24-22 loss to Oak Grove.

Walley caught a touchdown pass and returned an interception 55 yards for a touchdown to lead D’Iberville to a 22-13 win over Gulfport.

Foster completed 9 of 16 passes for 180 yards and three touchdowns in Pearl’s last-second 23-21 loss to Northwest Rankin.

Maggard had two interceptions in West Jones’ 42-12 win over Natchez.

French carried the ball 18 times for 153 yards and two touchdowns and added a TD reception in Amory’s win over Booneville.

Vaughn carried the ball 16 times for 97 yards and three touchdowns and caught 7 passes for 73 yards in Meridian’s 37-20 loss to Petal.

Parker accounted for four touchdowns and racked up 249 yards of offense — 132 passing and 117 rushing — to lead West Lauderdale to a 40-0 win over Choctaw Central.