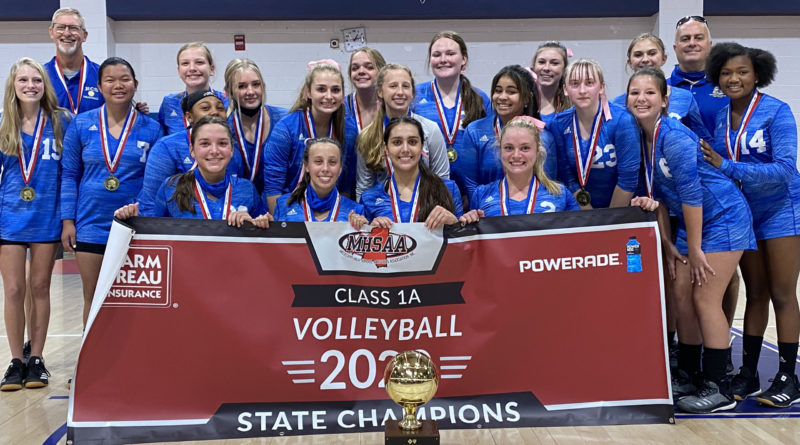 MADISON — Resurrection Catholic has come so close to winning state championships in a team sport over the years, but let the record show it was the 2020 Lady Eagle volleyball team that broke through.

Resurrection lived up to its name and erased big deficits in the first two sets before running away with the third in a 3-0 win over Hickory Flats here at Madison Central Saturday.

“To be a winner, you’ve got to have people step up and make plays,” Resurrection coach Keith Tucker said. “And they did it. It was totally in their hands. Every set, somebody stepped up.”

There were so many heroes for Resurrection.

“We just had to work as a team to get there,” senior Emma Godfrey said. “We just dug deep and did it.”

As satisfying as the win was for Resurrection, it was just as disappointing for the Lady Rebels. Hickory Flats finished the season with an 18-5 record.

“We eased up a little bit because we thought we had it,” second-year Hickory Flats coach Jamie Hayles said. “We had a pretty substantial lead in both sets and we got comfortable. Then when we got down, we saw some errors being made, lost the momentum and it eventually got us.

“You go down 2-0, and it’s hard to get focused and we couldn’t quite recover from it. We haven’t been put in that situation all year and so it was different for us.”