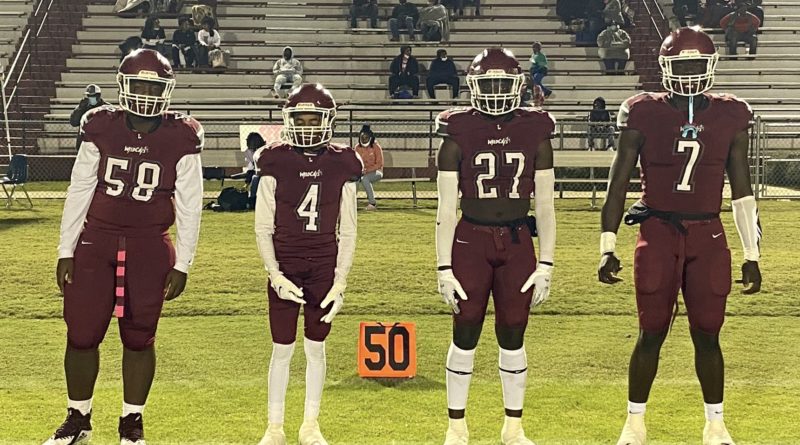 After a first half full of defensive stops and penalties, Louisville came out in the second half determined to play mistake-free football.

And they did just that, pulling away for a 21-14 win over West Lauderdale on Friday night. The win moved Louisville to 6-1 overall and 3-1 in Region 4-4A.

“We did, we came back out on both sides of the ball,” Louisville head coach Tyrone Shorter said. “We got a three and out, and then we put a drive together. I told them at halftime that is what we are going to have to do to win this ball game.”

With the game tied 7-7 at halftime, Louisville’s defense forced a punt to start the second half, then its offense came alive. Throwing over the middle to a slant route, Jace Hudspeth found Jarvis Rush, who avoided a diving tackler to cap off a 40-yard touchdown pass.

A possession later the Wildcats defense again made another stop to get the football back and put it in the hands of the offense. Jaden Triplett then caught a screen pass out in the flat, split two defenders and sprinted down the sideline to make it 21-7.

“We felt like if they give us zero coverage with no safeties we are going to take those shots,” Shorter said. “That was in our gameplan. I told our receivers we got to win those 50-50 balls. We have to come up big and we did.”

Walker is a two-way player who also plays outside linebacker. West Lauderdale coach Brock Clay said that Walker has a lot of fire and heart and it was on display as he carried multiple defenders to the goal line to give his team a chance in the game.

“That is the type of kid he is,” Clay said. “He is a great kid and like I said, a hard worker. He did a great job for us tonight.”

West Lauderdale wouldn’t see the ball again, though, as Louisville ran out the clock. On a key 4th down play with just over 2 minutes to play, Tripplett ran around the outside and slid out of bounds close to the first down marker. As the refs,  Louisville coaches, and Louisville players got close to the markers to see if they had gotten the first down the signal was given ultimately marking the end of the game.

Parker scored the Knights’ first touchdown of the game in the opening quarter, capping off a 60-yard drive with an eight-yard TD run. Clay said having Parker run the ball was part of the plan.

“That is something we do,” Clay said. “We got that package in, and Jackson is a great football player for us. We felt like we could put him in some formations to get us a little better of a situation and get that one extra man to run the football.”

Louisville tied the game at 7-7 on a 52-yard touchdown rub by Emory James.

Throughout the game the Wildcats had a lot of energy, hyping up the crowd and their teammates. Shorter said they call themselves the hype boys, and at one point in the fourth quarter they were dancing on the field.

“They feed off each other,” Shorter said. “I want them to continue to do it.”