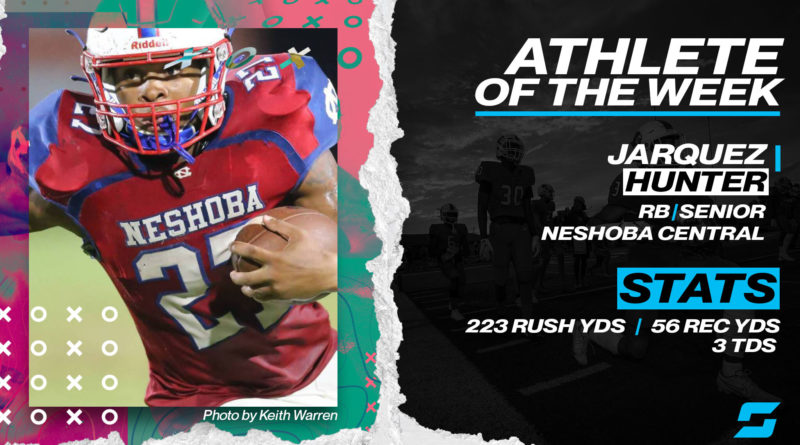 Congratulations to Neshoba Central running back Jarquez Hunter for being voted SBLive’s Mississippi High School Athlete of the Week!

Hunter proved to be unstoppable again, rushing for 223 yards and three touchdowns to lead Neshoba Central to a 35-12 Homecoming victory over Canton on Oct. 8. Hunter, who carried the ball 21 times, added three receptions for 56 yards, giving him 279 yards from scrimmage.

We are currently accepting Athlete of the Week nominations for the week of Oct. 12-18. If you would like to nominate an athlete, please email regan@scorebooklive.com or tag us on Twitter or Instagram at @sblivems.

Here are the other athletes who were nominated for Oct. 5-11:

Rogers scored on a 35-yard touchdown pass and had a 38-yard pick six in a victory over the McComb Tigers.