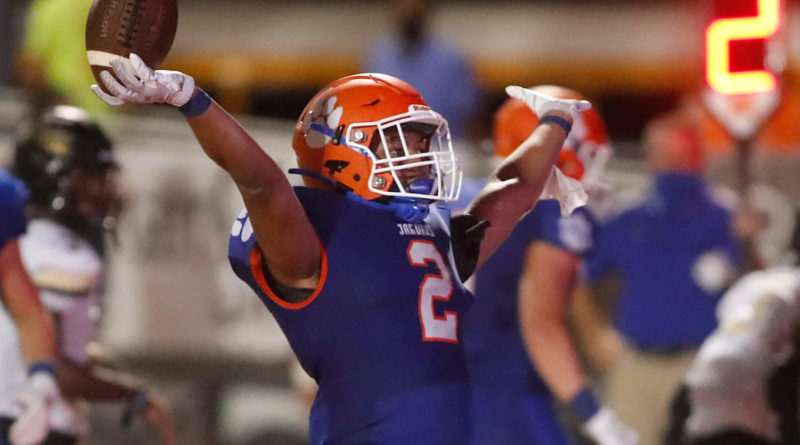 Behind the combination of a stout defense and a strong rushing attack, Madison Central stunned top-ranked Starkville 15-9 in The Jungle Friday night in a crucial Region 2-6A matchup. — GAME STORY

Oak Grove had no trouble vs. Terry, but the next three weeks will be huge for the Warriors as they face Brandon, Pearl and Northwest Rankin to close out the regular season.

The Rockets will be back in action next week against Ridgeland.

Laurel erased an early 10-0 deficit and held one of the state’s best offenses at bay in a stunning 19-13 win over the previously unbeaten Mustangs between the Bricks at Blair Stadium. — GAME STORY

The Vikings face a gauntlet to close the season with Clinton, Starkville and South Panola looming.

Dorian Robinson had three rushing touchdowns — all in the first half — as the Maroon Tide rolled to a Homecoming victory.

Telvin Amos ran for two touchdowns and threw for another as the Gators blanked Columbus.

West Point had 4th and inches at the goal line in the first overtime, but Grenada stuffed them to end the game.