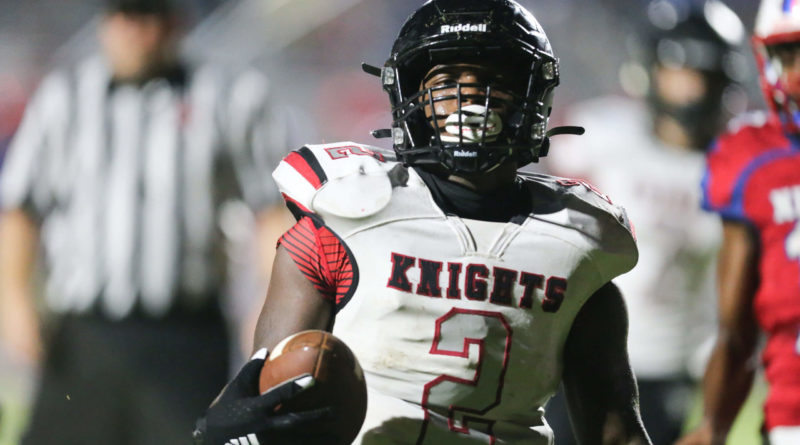 Each week, SBLive Mississippi highlights five games with intrigue or big implications in the Magnolia State. Here’s a look at five big games set for this Friday night (Oct. 16).

Folks in the Golden Triangle live for games like Friday night’s showdown between West Lauderdale (4-2) and Louisville (5-1).

Both teams are 2-0 in Region 4 and sit tied atop the standings. They’ve won those four region games by a combined score of 136-23, so we’re talking about two heavyweights here.

Can that talented West Lauderdale offensive line win the battle in the trenches against Ty Cooper and that big Louisville defensive front?

Northwest Rankin (5-1) is a team that would likely be undefeated if it had caught Madison Central later in the season. The Cougars’ average margin of victory over the past three games (not counting forfeits) has been 24 points.

Petal (3-3) is a talented team that bounced back from a rough stretch with a 21-0 win over Brandon on the road last week. They certainly need the win more than the Cougars.

NWR needs the win to remain tied with second-ranked Oak Grove in the Region 3 standings. Petal desperately needs one to create some separation in the race for the fourth and final playoff spot.

Is there anyone that can slow down Starkville’s death march through Region 2? The folks at Madison Central (4-2) certainly hope so.

The Yellowjackets (5-0) would love to get Luke Altmyer and that explosive offense going and turn this game into a one-sided track meet. The Jags need find some semblance of success in the running game and shorten the game.

Will the Jackets roll again? Will MC be able to keep them out of the end zone, as they did last week against No. 6 Warren Central?

No. 4 West Jones (4-0) is at full strength after thumping Taylorsville in its return from quarantine last week. Laurel (2-3) has its best player, Xavier Evans, back from an injury and has beaten two good teams in the past three weeks.

But can Evans control a game against a team like the Mustangs the way he did against Natchez last week? Can West Jones keep its perfect record intact behind the arm of Alan Follis?

Strange things can happen in a cross-town rivalry, and this one certainly qualifies.

If there’s a MAIS game to watch this weekend, it’s this rematch from last year’s championship game between the top two teams in 6A.

Madison-Ridgeland Academy (6-0) has run roughshod over all its MAIS opponents this season, but Jackson Prep (5-1) is a team built on running the ball and solid defense. If they can avoid giving up the big play, this one will be a dog fight.

Whoever wins will have an inside track to both the top seed in 6A and home field advantage throughout the playoffs.