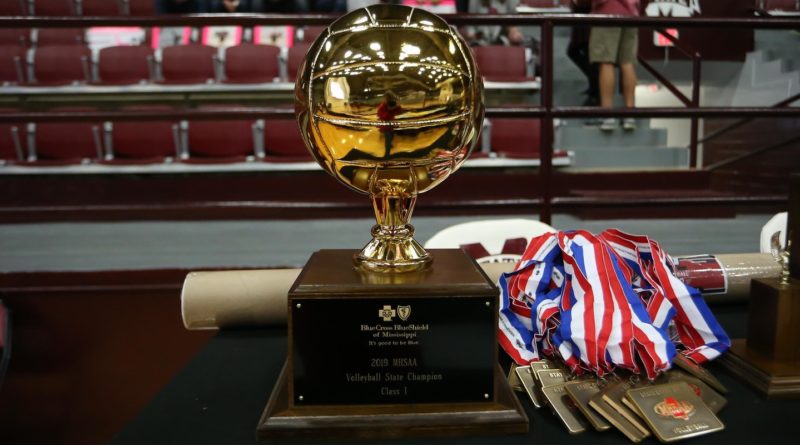 The 2020 MHSAA Volleyball Playoffs begin this week, and there’s no shortage of intriguing storylines.

Here’s what you need to know headed into Tuesday’s first-round matches:

All matches are winner-take-all and the entire tournament is single elimination.

Seven teams received a first-round bye in the tournament: Long Beach and Picayune (in 5A), Pontotoc (in 4A), East Webster, Eupora and Union (in 2A) and Richton (in 1A).

The MHSAA has transformed how it handles classifications in volleyball, going from three classes in 2018 to the new format of having six classes – just like in football, basketball or baseball – this year.

Our Lady Academy, for example, used to compete in Class I, which was the smallest classification until this season. They’re in the 3A playoffs this year, opening the door for teams in class 1A and 2A to reach the championship.

Fans are welcome at all matches, but schools are still enforcing their districts’ attendance policies as it relates to the ongoing COVID-19 pandemic. Check with local administrators for your school’s guidelines around indoor sports for more information.

The Jags (27-3) come into the playoffs as one of, if not the best, team in the state. They are led by a pair of splendid players in senior Amonie Silas and junior Kennedy Smith, who have combined for a remarkable 571 kills.

The Jaguars host Clinton in the first round of the playoffs, and would face the winner of the Oxford-Starkville matchup if they should advance to the second round. They are looking for their first state championship since 2015.

The defending 6A champs have a target on their backs, but that’s nothing new for a program that has only improved under third-year coach Megan Brown.

The Arrows (13-6) are young, but they have a ton of talent, led by sophomore Lakin Laurendine. Laurendine burst onto the scene as an eighth-grader two years ago, and she’s improved over the past two seasons. The star outside hitter leads the team in both kills (337) and digs (271) and has played all 45 sets this season.

But she’s not the Arrows’ only star. Junior setter Mallory Morris has recorded a team-high 39 serving aces and has been instrumental in the Arrows’ offense, setting Laurendine and the other Clinton hitters more than anyone else with a whopping 502 assists.

It’s been two years since Kelsa Walker’s Bulldogs completed back-to-back championship runs in 2018, but they are definitely in the hunt this season.

The Bulldogs (19-5) have a core of great young players in sophomore outside hitter Sunni Sheppard (211 kills and 212 digs) and juniors Lauren McLamamore (281 digs) and Jolee Gibson (249 assists). If star Jane Bass hadn’t broken her ankle last month, you could go ahead and give the Bulldogs the title, but the Bulldogs are still good enough to make a run.

The Bulldogs drew Biloxi (8-5) in the first round, but had to move the match to Thursday (Oct. 15) because the Arrows are set to come out of quarantine Wednesday.

If you’re looking for a heavy favorite in 4A, you could do a lot worse than three-time defending champ Vancleave.

If Vancleave is going to complete the four-peat, they’ll have to get past Florence (9-5) in the first round and the winner of Stone and Wiggins in the second round.

Our Lady Academy (3A)

This is getting ridiculous, but OLA is looking for a ninth-straight state title.

The Crescents (23-10) are in the playoffs thanks to an 8-0-1 record in Region 8-3A and behind a slew of talent, starting with junior outside hitter and player of the year candidate Ashley Bulot (329 kills, 326 assists).

OLA is deep, too. Especially with the steady hand of senior Kate Funk (429 assists, 59 serving aces) and the emergence of sophomore Annalaura Williford (219 kills, 55 serving aces).

The Crescents will face Magee in the first round and the winner of Tylertown-Yazoo County should they advance to the second.