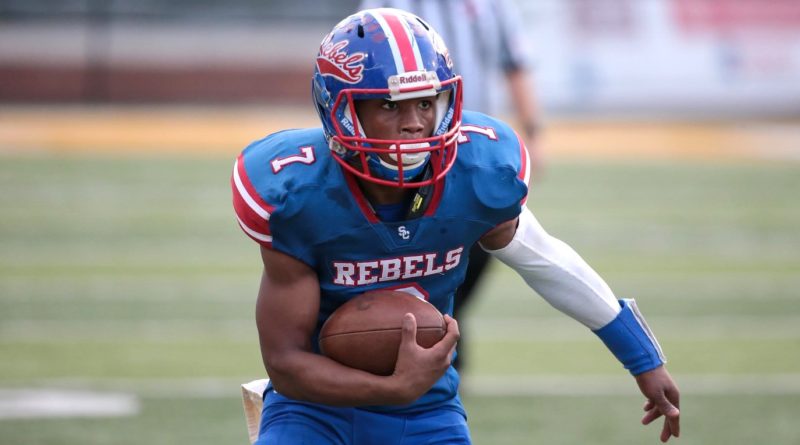 NEWTON — Scott Central has built a reputation for running the ball and playing solid defense, and that’s exactly what happened Friday night at Morgan Field as the Rebels raced by Newton 46-16 in a Region 6-2A matchup.

“We did what we needed to early,” Scott Central coach Devin Cooper said. “We came out, ran the ball well and put points on the board early. For a 2A team, we are blessed to have the types of running backs we’ve got, and all four are hard nose runners and are no fun to tackle.”

On the next possession, Scott Central got a 3-yard run from Jalen Wells to extend the lead to 16-0 with 8:16 left in the opening quarter.

Patrick added his second touchdown run from 35 yards out with 5:25 left in the first quarter to put the Rebels up 24-0. Patrick finished the night with 98 yards on six carries with two touchdowns to lead Scott Central.

Newton picked up a safety when Wells was gang-tackled in the end zone with 38 seconds left to cut the Scott Central lead to 24-2.

Patrick scooped up a a fumble from Newton quarterback Lawrence Morris on the first play of the second quarter and raced 75 yards for a defensive touchdown to extend the Scott Central lead to 32-2.

“In the second quarter we got comfortable and against a talented team like Newton you can’t do that,” Cooper said. “We will go back and learn to keep putting points on the board and putting pressure on the opponent.”

Wells added a 4-yard touchdown run and had a 55-yard interception return for a touchdown in the third quarter. He finished the night with 67 yards rushing on 18 carries.

After one of the touchdowns, the lights went out in the stadium and caused a short delay, but at least the fans had fun with it.

“It’s going to be a big one and if we want to host a playoff game, we need to win,” Cooper said. “Union is talented and well coached so it will be tough.”

Morris finished with 96 yards passing and threw a 44-yard touchdown pass to Isaiah Johnson in the fourth quarter.

“They were more physical up front and won the game at the line of scrimmage,” said Newton coach Zach Grady. “We missed opportunities all night and we’ve got to go back and get better and be ready for Lake.”