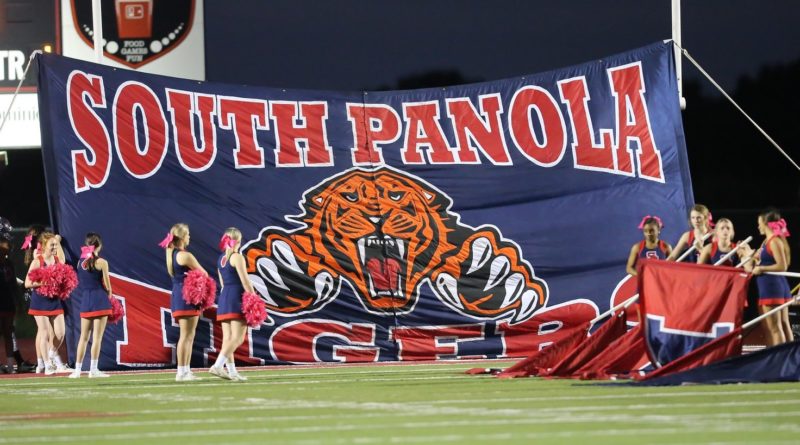 BATESVILLE — South Panola head coach Ricky Woods was all smiles Thrusday night, not just because of the win, but the way they did it.

With a few players in quarantine, a new starting sophomore quarterback and incoming weather threats from Tropical Storm Delta, the Tigers defeated the Germantown Mavericks 19-16 at Robert H. Dunlap Stadium. The Tigers moved to 4-2 overall with their first region win of the 2020 season. The lead changed four times throughout the night while South Panola worked out new kinks offensively, but it was just enough in the end.

“That was just one of the better games of my life, top 10 even,” Woods said. “We’ve been through so much adversity, injuries, quarantine … It’s a great day at South Panola. I’m so proud of them, I don’t know what to do. We needed this win, bad. Pizza is on me.”

David Hubbard took the field at quarterback for the Tigers in place of two-year starter, Anterrio Draper.

“He needs the game ball. Have you seen something like that?” Woods said. “A sophomore who’s never taken a meaningful snap. He made all the right decisions. First start ever. All those kids had all the confidence in the world in him, and I did too.”

The Mavericks wasted little time getting on the scoreboard first as Branson Robinson capped off a very long opening drive of the game with an 11-yard touchdown run.

Later on in the second quarter, Dylan Wasson connected on a 20-yard field goal to give the Mavericks a 9-0 lead.

Hubbard then began to find Cameron Wright, and with the help of D’mariun Perteet and Martez Clark, the Tigers got on the board with a six-yard score from Perteet with 7:28 left in the first half. Perteet would again find the end zone a few minutes later to give South Panola their first lead of the game at 13-9.

Reminiscent of the game’s opening drive, Germantown got on the board with ease to begin the third quarter. Nick Barnes found a wide-open lane and capped off a six play, 82-yard drive with a 38-yard scoring scamper to give Germantown a 16-13 lead.

After a few shaky drives, the Tigers stalled offensively in Maverick territory early in the fourth quarter. Facing 3rd and 20, Hubbard found Wright right at the first-down marker.

After a measurement, the Tigers were faced with 4th and inches. Perteet found the edge and raced 37-yards to the house, giving the Tigers a 19-16 lead with 9:08 left in the game. On the ensuing drive, South Panola’s Kalil Boothe picked off Maverick quarterback Colton Gardner to seal the game.