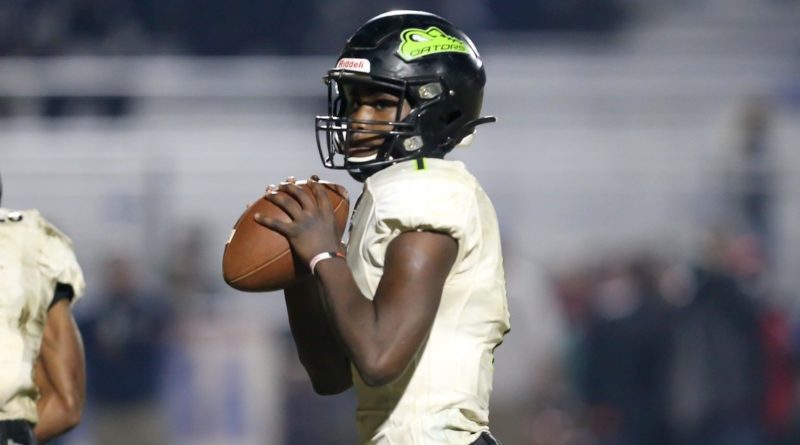 With just under three minutes left in the game, West Point had marched down the field and were just a yard from the end zone when a mass of humanity and a tenacious Lake Cormorant defense stopped the Green Wave on a fourth-and-goal-line stand.

As the final seconds ticked off the clock on a huge 35-26 upset, the Lake Cormorant players dumped ice on their coach while the West Point sideline looked on in disbelief.

In a huddle after the game, Green Wave coach Chris Chambless took the blame and told his team to come in Monday ready to work.

“We just didn’t execute like we wanted to,” Chambless said. “We will get better as the season goes on. There is a lot of football left.”

Chambless pointed to missed execution in all three phases of the game, and miscues started in the first quarter. West Point fumbled the ball at the Gator 1 yard-line, and was held to just a field goal.

A defensive slip cost West Point the first explosive play and points for Lake Cormorant a few minutes later, when Telvin Amos connected with Jordan Martin on a 52-yard touchdown pass to put the Gators ahead 7-3 late in the first quarter.

West Point responded right away with a quick screen from Corbin Kelley to Trey Ryland, who raced down the sideline for a 59-yard touchdown that put the Wave back on top 10-7, a lead they would hold at halftime.

Midway through the third quarter — following a West Point fumble near midfield — the Gators struck again with a perfect pass from Amos to a striding Martin on a 40-yard touchdown to put the Gators up 14-10.

Four minutes later Amos threw his third TD pass of the night, a 30-yard fade to the corner of the end zone that Chauncey Jackson caught over a defender to put the Gators up 21-10.

West Point responded with a big run down to the Lake Cormorant 2-yard line. Jakobe Pate punched it in for the TD to cut the lead to 21-16. The Green Wave went for two, but the pass fell incomplete.

A few plays later the Gators fumbled the football giving the Green Wave new life. After a few big plays, West Point gave the ball to Cameron Young who bounced around the outside, dove for the pylon and scored on a nine-yard rush to put them back in the lead.

The ensuing two-point conversion was successful as a play action roll out left Kelley wide open in the end zone to give West Point a 24-21 lead with 10:04 left in the fourth quarter.

But Amos and the Gators came right back, methodically marching down the field before Amos scored on a four-yard run to give Lake Cormorant a 28-24 lead with 6:49 left.

After the Gators forced a punt, Jeremy Henderson found daylight and sprinted into green space, carrying a tackler into the end zone. The 67-yard score gave the Gators a commanding 35-24 lead.

The defense finished the job with a goal-line stand, taking over on downs with 2:26 left.

“My hat is off to Lake Cormorant,” Chambless said. “They have always been a gritty team. We get everybody’s best shot. They are going to play us like it is the Super Bowl.”