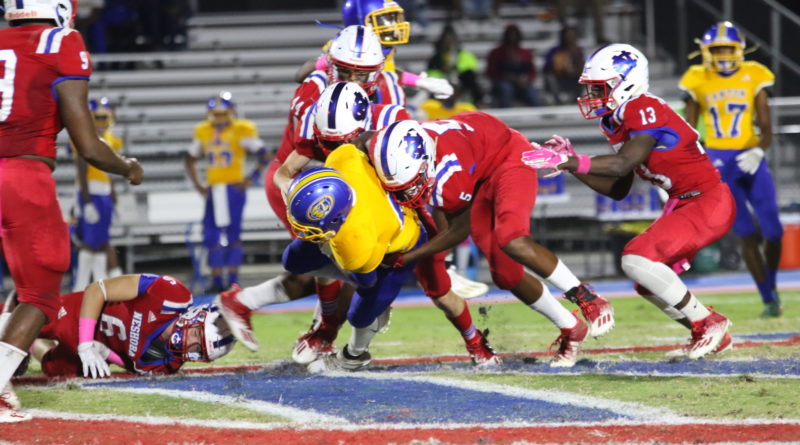 Luke Altmyer and the top-ranked Yellowjackets have a week off before traveling to Madison Central on Oct. 16.

Oak Grove found out on Tuesday that Meridian would have to forfeit this week’s game due to COVID-19. The Warriors will be back in action next week against Terry.

Lake Cormorant QB Telvin Amos threw three touchdown passes and ran for another to lead the Gators to the upset victory.  — GAME STORY

The Warriors posted their second shutout of the season to move to 3-0 in 6A Region 4.

On a rain-soaked Thursday night, Warren Central used two field goals and a safety to beat a Madison Central team who was playing without star quarterback Tate Collins. — GAME STORY

DeSoto Central reported a COVID-19 outbreak on Monday and had to forfeit this week’s game to Oxford. With the win, the Chargers are now 3-0 in Region 1-6A.

With QB Tate Collins sidelined — and the rain falling sideways — the Jaguars were unable to muster any offense.