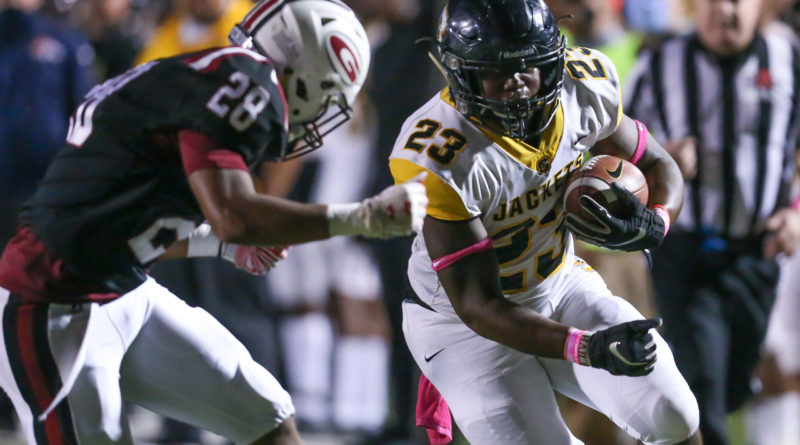 Oak Grove ran the ball 42 times for 256 yards, and only attempted three passes in the second half. Courtland Harris led the way with 20 carries for 125 yards and a touchdown. –GAME STORY

After a two-week COVID-19 shutdown, the Mustangs are planning to be back in action next week.

Clinton QB Caleb Miller was excellent on Friday night. He tossed two touchdown passes in the first half, and used his legs to convert several key first downs in the second half that helped kill the clock. He completed eight of his 14 pass attempts for 113 yards and carried the ball 13 times for 73 yards in Clinton’s upset win. –GAME STORY

The Vikings return to action next week against Madison Central.

Oxford continued to run their two-quarterback system Friday night, rotating sophomore Trip Maxwell and junior Michael Harvey every series. Both quarterbacks accounted for two touchdowns each as Oxford jumped out to a 39-0 halftime lead. –GAME STORY

Dorian Robinson scored the game-winning TD late in the fourth quarter as the Maroon Tide won a thriller.