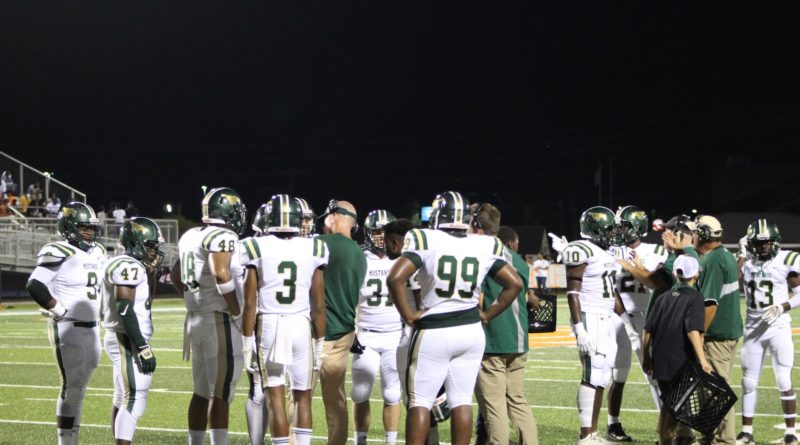 One of the state’s best football teams is shutting it down for two weeks due to COVID-19.

West Jones coach Scott Pierson confirmed Wednesday night he had one player test positive, which has resulted in 27 players – including the entire starting offense – requiring a two-week quarantine period.

“We followed the protocol and immediately tried to identify every player who had come in contact for any amount of time and notified them,” Pierson said. “We even went through the practice footage to identify those guys, and that wasn’t easy. The number we ended up with was 27.”

Pierson said he immediately told Brookhaven coach Tucker Peavey, who agreed to move the region contest between the two teams that was set for this coming Friday night to the final week of the season on Nov. 6. Their Oct. 2 game against South Jones might have to be forfeited.

They are coming off a thrilling 34-31 win over Petal in Soso last week. But because of timing, the Panthers (2-1) are not required to quarantine. The time window indicated by best-practice guidelines adopted by the MHSAA, Pierson explained, require only those individuals exposed to the person who tests positive in the 48 hours prior to the onset of symptoms.

The symptoms appeared almost 96 hours after the end of Friday night’s game.

“We’re in constant communication with the parents of the players and we’re going to always do what’s in the best interest of our kids,” Pierson said. “We all want to play football, but we’ve got to be smart. We’re going to continue to monitor the situation. We’re all learning as we go and on the fly with this thing.”