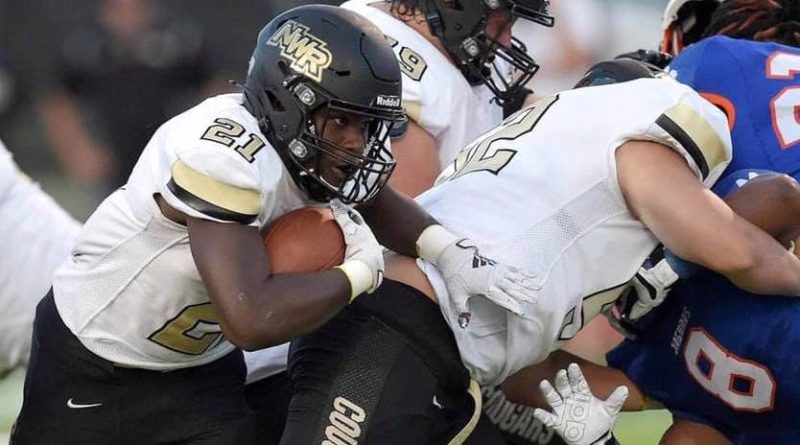 “He’s a heckuva player,” said Northwest Rankin coach Toby Collums. “He’s not the fastest, but he is a downhill runner, got really good vision and just a work horse.”

Marion finished the night with 217 yards on 39 carries to lead Northwest Rankin (2-1).

Down 22-17 at halftime, Marion’s 2-yard run on the Cougars’ opening drive of the third quarter gave Northwest Rankin a 24-22 lead.

“Thanks to my offensive line; they did a heckuva job blocking up front,” Marion said. “We knew we were the underdogs coming in. First half we making mistakes and second half we came out and do what we had to do.”

Northwest Rankin’s defense came up with two fumble recoveries in the second half and held the Ridgeland offense to just 269 total yards.

“We did a good job at halftime making adjustments and bringing different looks,” Collums said. “Ridgeland has a really good offense and has a lot of playmakers.”

Ridgeland quarterback Zy McDonald, a Louisiana commit, finished the night 20-of-30 passing for 176 yards to lead the Titans (2-1). He also had 53 yards rushing, including a 17-yard touchdown run in the first quarter. McDonald’s 32-yard touchdown pass to Antoine Brown with 6:38 left in the second quarter gave Ridgeland a 22-10 lead. Those would be the final points of the game for Ridgeland.

Donovan Ball added a 13-yard score in the second quarter for Ridgeland.

“It was a really tough game for us as far turnovers and getting behind in early down situations,” said Ridgeland coach Sam Williams. “We had two big fumbles in the second half and I need to do a better job of preparing our kids. We will bounce back next week to start district.”