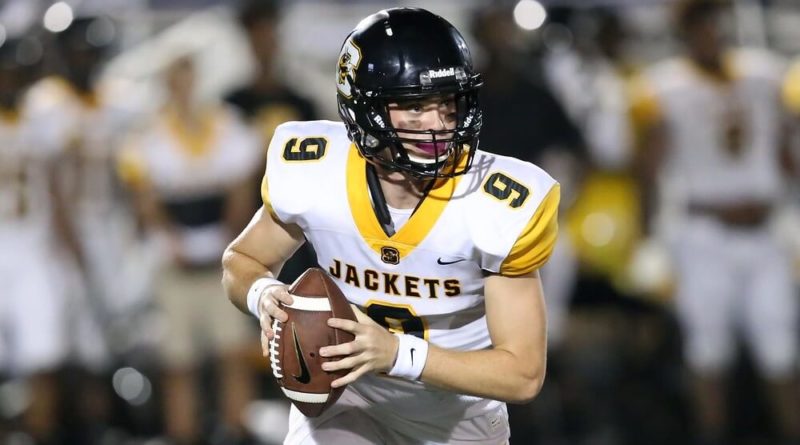 STARKVILLE — After weeks and months of wondering if it would happen, high school football in Mississippi is finally back.

And we were given a treat to open the season as two of the best teams in the state — No. 1 Starkville and No. 2 West Point — squared off Friday night.

Led by 4-star senior quarterback Luke Altmyer, Starkville jumped all over West Point early and held on for a 40-28 victory.

Both teams are favored to get to their respective regions State Championships this year and they showed why on Friday.

JaKobe Pate of West Point opened the scoring with an 81-yard touchdown run, but Altmyer quickly answered with a 74-yard touchdown run of his own. Altmyer said they had practiced that play leading up to the game because of something they saw on film. That TD run was the first of Altmyer’s four first-half touchdowns, with the other three coming through the air.

“They were playing really soft (coverage) and we attack a lot of soft coverages in the middle of the field,” said Altmyer about his first-half success.

Starkville’s defense was also outstanding in the first half, and that led to the Yellowjackets taking a 26-7 halftime lead. But you do not win four consecutive state championships by quitting when the going gets tough. West Point responded in the second half by getting its running game going and were able to cut into the lead quickly after Pate’s second touchdown of the game.

Starkville’s offense was stagnant most of the second half, which was mostly a result of Altmyer going down with cramps early in the half. The Yellowjackets did get a huge 85-yard touchdown run from Senior Amariyon Howard, which would prove to be the winning TD.

But West Point did not go away, responding with two unanswered touchdowns. The second one came with 4:46 left in the game to cut Starkville’s lead to 33-28. The Yellowjackets were unable to run the clock out and had to punt the ball back to West Point, who got it back with 1:12 remaining on their own 22-yard line.

Starkville’s Ja’Carius Hendricks quickly put an end to their hopes by scooping up a fumble and darting to the end zone for a game-clinching score.

“You can’t make mistakes, you can’t turn it over, you can’t have pre-snap penalties,” West Point coach Chris Chambliss said after the game.

Starkville coach Chris Jones said that his team needs to get better on their assignments on both sides of the ball.

The Yellowjackets travel to Louisville next week and the Green Wave travel to Tupelo.